1) The Pacific’s state of independence

Posted by AWPA Sydney News at 10:32 PM No comments:

May he RIP. Condolences to his family and friends.
---------------------------------------------------------------A google translate. Be-aware google translate can be a bit erratic.Original bahasa link athttp://tabloidjubi.com/2016/01/31/okto-pogau-jurnalis-asal-intan-jaya-meninggal/Okto POGAU, ORIGIN INTAN JAYA JOURNALIST DIESJayapura, Jubi - Journalist and Editor in Chief Suarapapua.com, Oktovianus Pogau reportedly died at the Dian Harapan Hospital (RSDH), Waena, on Sunday, January 31, 2016, at around 09 pm local time.From the information gathered in the room corpse RSDH Jubi, Sunday night, Okto died of lung disease. Mbamogo best sons origin, Intan Jaya district, died after being treated at RSDH. Though the young journalist had just returned from America in a youth exchange program.Grief was enveloped family and relatives and journalists are known to be critical and intelligent."MEPA has not been long lineup is topsy turvy. Aga too quickly went MEPA Oktovianus Pogau, "said a journalist friends, Heng Yeimo."Goodbye friends, relatives, MEPA Oktovianus Pogau. Many stories, joys and sorrows that friends say and we've been through ... hopefully perjuanganmu inspire other fellow journalists first anak2 Mee Pago, "said journalist friend, Alfie.Okto known to be critical to voice the pain of indigenous Papuans. Anxiety and the voice of his conscience, mostly written in the pages www.suarapapua.com and http://pogauokto.blogspot.co.id/.He also persistent struggle, nurturing and supple. He almost never tired and very religious during his lifetime."Weighing any tet of life, do not forget the Lord who has chosen, rearing, and bless you. IA will continue to be responsible for your life. IA always be beside you. He will recover soon and your inner soul, "he wrote in a Facebook page with Pogau Oktovianus account posted on January 23 at 6:34 CDT.Okto's body was interred in a student dormitory Intan Jaya, Buper Waena and will be dispatched to Intan Jaya, Monday, February 1, 2016. Farewell my friend, RIP. (Timo Marten)
Posted by AWPA Sydney News at 3:30 PM 1 comment: 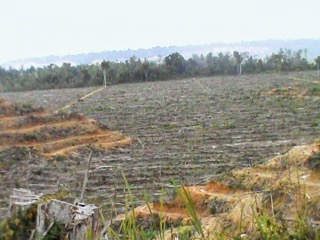 
Wamena, Jubi – The Jayawijaya Regional Social Office has listed as many as 600 street children who are working on the street every day in Wamena City and its surrounding areas.
Office chief Marthen Yogobi told reporters on Wednesday (27/1/2016) at Jayawijaya Legislative Council Office that the government should pay attention to the street children because most of them are not from Jayawijaya.
“Based on our record, their number is more than 600 people whose parents are mostly in some other regencies. Therefore, in the future we will try to make coordination with the specific local regencies where the children origin from and try to communicate with social office of extension regencies to handle this case,” he said.


Related to the Street Children Community (kanjal) existed in Jayawijaya, he revealed the social office has not measured some actions to provide assistant or empower them because they have a community group.
Referring to regulation issued by social ministry, the street children are those who stay on the street for 1×24 hours and are not in a group community. Those children are subjected to get assistance from social office.
But if they have a group community, therefore the social office only need to coordinate with the group for further assistance. “We have not yet made coordination with Street Children Community or kanjal, though we have their records. In the future, it would depend on the regional budget, if it allocated budget for street children community, we would execute the program,” he firmly said.
“There’s a budget but it was mostly allocated for our economic empowerment or poor community program. We are just having the capacity building program for street children this year and it would be on trial. Because about two years ago, the Social Office conducted survey on street children at Pasar Misi, Pasar Sinakma, Potikelek, Jalan Irian and Pasar Jibama and recorded their numbers are more than 600 people. And most of their parents are live in the extension regencies,” he added.
The Commission C Chairman of Jayawijaya Legislative Council for education, health and community welfare, Welmina Logo explained the existence of street children in Wamena City and surrounding area is also becoming a concern of parliament’s members.
According to Logo, the Social Office should build an orphanage to accommodate the children who currently live on the street. “Because when they were asked about where is their parents, they might answer their parents live here and they used to get money easily and being ignorance to the school,” she said.
Related to orphanage, Jayawijaya Legislative Council is ready to support this. “We will continue to enforce this to reduce the number of children living on the street that they are actually not the street children because they have parents at home,” she said. (Islami/rom)
——————————
7) Final Investigation into Dec 1 Wanampompi Yapen flag raising payback shootings, beatings and torture incidents (Warning: graphic images)

Investigation Report
by JPIC* Nabire, with additional reporting from West Papua Media
January 21, 2016
Apologies for the delay in publication due to translation and verification requirements
This report contains graphic images of human rights abuses in context and with actionable data
This report is part of the investigations carried out by the “Justice, Peace and Integrity of Creation Desk” of the Evangelical Christian Church in Papua (Gereja Kristen Injili di Tanah Papua (GKI), into the shootings in the Yapen Island village of Wanampompi on December 1, 2015, and also sever beatings on indigenous Papuan people of the Oyehe tribe near Nabire.  The Nabire report will be published shortly…………………..  http://westpapuamedia.info

Posted by AWPA Sydney News at 12:11 PM No comments: