Posted by AWPA Sydney News at 12:45 PM No comments:

1) Solomon Islands delegation visit to West Papua is ‘a visitation by robbers’.

http://tabloidjubi.com/eng/solomon-islands-delegation-visit-to-west-papua-is-a-visitation-by-robbers/
1) Solomon Islands delegation visit to West Papua is ‘a visitation by robbers’.
Published 10 hours ago on 29 May 2018
By admin 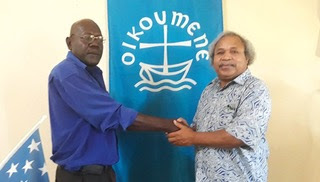 “I bring voice from inside West Papua as the delegation that recently visited West Papua was like robbers. They came and hid and never met with the people struggling for their right.
“I think they are blind and they do not know what we already have set up.”
He said ULMWP is the answer to their report as they have a Federal Republic of West Papua, a 14 political organisation affiliating with the Federal Republic, six organisations affiliating with West Papuan National Coalition for Liberation, six affiliating with the National Parliament of West Papua being 26 West Papuan organisations already inside.
And the United Liberation Movement for West Papua is a West Papua national political body.
“When someone says we are not united, that is misleading, said Rumbiak.
“They say how can they meet with West Papua, they do not have a leader, no political body and they do not have any agenda. We have an agenda, we have a political body, we have leadership member, adjective, we have a legislative leader and member, judicial leader and member, we got Bureau Officers working inside and Diplomats outside, and the support from the whole region of West Papua including churches (7 religions). They recommended support.
“The movement of West Papua is based on the advice from the Melanesian leaders.”
On meeting with Deputy Prime Minister Manasseh Sogavare last week, Rumbiak said the group should have involved Fiji and Papua New Guinea before visiting independently and should not have allowed the trip to be funded by Indonesia. They should have went and stayed on the ground with the people of West Papua.
The ULMWP spokesperson’s recent visit to Honiara was to meet with the DPM, SICA and organisers of the Melanesian Arts Festival and to reiterate that the recent seven-person delegation from Solomon Islands was done with Indonesian Government incentive for its own interest.
Rumbiak gave a detailed description of the group’s visit to the SICA General Secretary, questioning why the group did not visit and call into various civil and interest groups within West Papua.
Rumbiak described how the protestors went to welcome the Solomon Islands delegates but were instead arrested.
He showed videos of the documentaries about the atrocities in WP and a protestor who was arrested during the group’s stay there.
SOURCE: Island Suns

Jayapura, Papua, (ANTARA News) - A riot broke out during a funding disbursement under the village fund program in Tolikara District of Papua Province on Monday afternoon, leading to a civilian and 10 policemen being injured.The dispute in Biuk Hamlet of Karubaga Sub-district was triggered due to the dualism of leaders of the hamlet, Head of Tolikara Resort Police Senior Commissioner Adjunct Mada informed Antara here on Tuesday.The riot that erupted at 4 p.m. Eastern Indonesia Time was widespread after some people provoked the situation, calling on others to ambush the police.The police fired a warning shot that caused injury to a civilian.The wounded civilian was taken to the Wamena Regional Hospital for treatment, Mada stated.Meanwhile, 10 police officers suffered from bruises as a result of the clash.The distribution of funding under the village fund program was delayed due to the riot. The local administration plans to continue the distribution on Wednesday (May 30).Tolikara District, with an area of 14,564 square kilometers, is located in central Papua Province.The region has 45 sub-districts and 541 hamlets, with Karubaga as the capital city. Editor: Otniel Tamindael

Posted by AWPA Sydney News at 1:38 PM No comments:

Posted by AWPA Sydney News at 2:56 AM No comments:

2) The exclusion of indigenous rights in Papua autonomy era
3) Health workers are on demand in Papua
4) Indonesia targets deal with Rio Tinto in June
5) Back to the future in Southeast Asia
6) Jayawijaya Plane Skids Off Runway at Wamena Airport
--------------------
http://tabloidjubi.com/eng/what-is-the-most-attractive-thing-to-see-in-fds-2018/
1) What is the most attractive thing to see in FDS 2018?
Published
on
By
admin 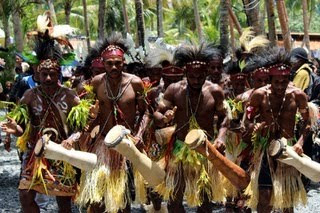