Statement from Benny Wenda on the West Papuan People’s Petition

2) West Papua: Forgotten Victims of Indonesian Oppression Take Case for Freedom to World Stage
----------------------------------
http://www.thejakartapost.com/news/2017/09/30/soldier-dismissed-for-blasphemy.html
1) Soldier dismissed for blasphemy
Nethy Dharma Somba The Jakarta Post
Jayapura, Papua | Sat, September 30, 2017 | 08:44 am
A soldier serving in Papua was dismissed from the Indonesian Military (TNI) and sentenced to 2.5 years in prison after being found guilty of blasphemy.
The Jayapura Military Court found Second Sgt. Bangun Ahmad Kasmawan guilty on Thursday.
“The defendant violated article 156a of the Criminal Code on religious blasphemy,” said presiding judge Col. James Vandersloot of the Corps of Military Law and Justice.
Bangun was sentenced for burning several copies of the Bible in May. Bangun, who was assigned to guard the border between Indonesia and Papua New Guinea, was cleaning the house of the 172 Military Resort chief (Kasrem) at a housing complex in Padangbulan, Abepura, Jayapura.
He burned a box of books and other items stored in a shed without checking the contents first. As he burned the books, a resident took a picture and uploaded it to social media, sparking an uproar. Residents then staged a protest that ended in violence. (rin)
——————————————————
2) West Papua: Forgotten Victims of Indonesian Oppression Take Case for Freedom to World Stage
The ongoing struggle for independence in Indonesian-controlled West Papua continues, as the people fight back against five decades of brutality, terror and genocide. This was brought to light when a petition with the signatures of 1.8 million West Papuans — more than 70 percent of population — was presented to the United Nations Special Committee on Decolonization. The petition, banned in the provinces of Papua and West Papua by the Indonesia government, demands a free vote for independence from the Southeast Asian nation, and the appointment of a U.N. official to investigate claims of human rights abuses by the Indonesian security forces. Benny Wenda, the West Papuan independence leader living in exile in the United Kingdom, presented the petition to the international body in New York on Tuesday..............

3) Rockin’ for West Papua events taking over Australia this October 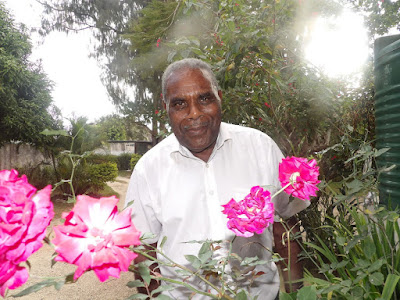