Press release and SMH and ABC reports on rally below. 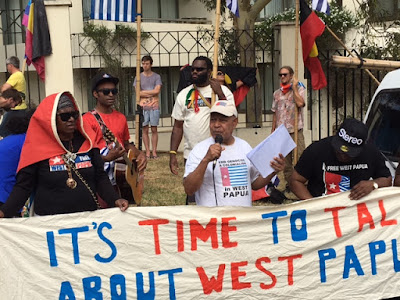 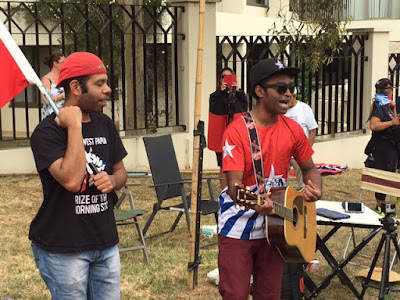 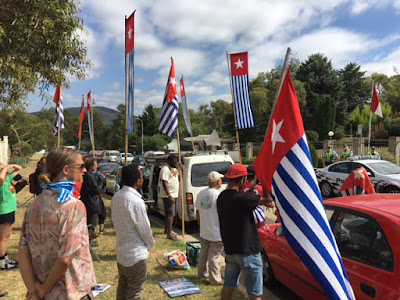 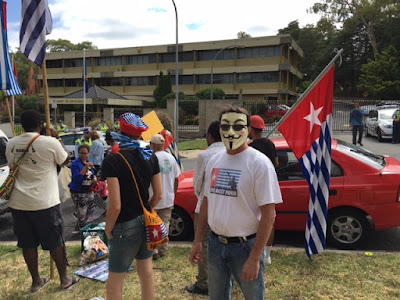 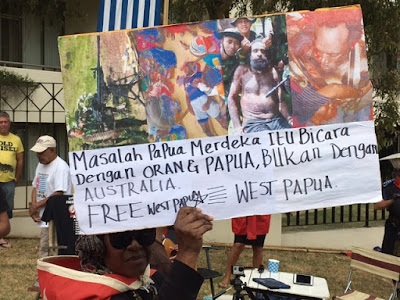 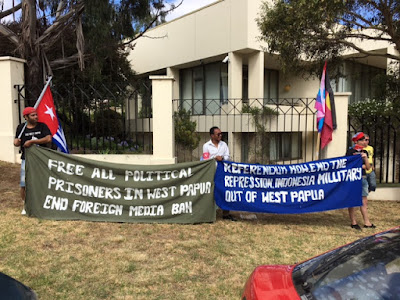 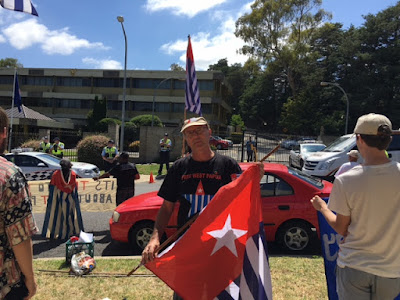 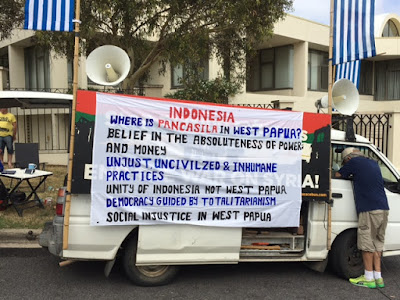 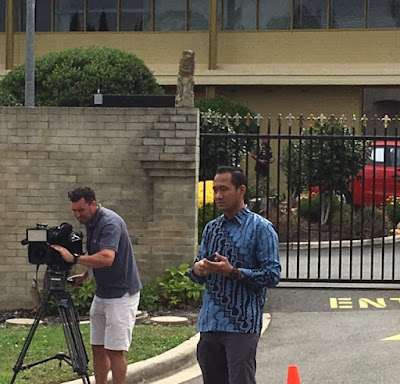 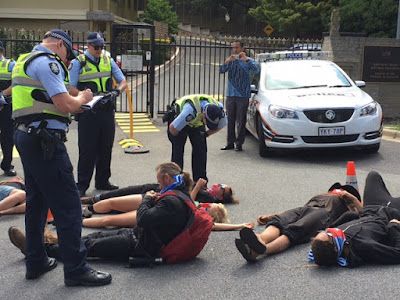 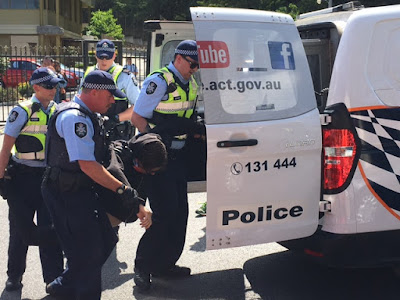 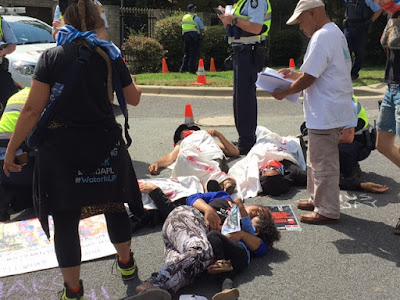 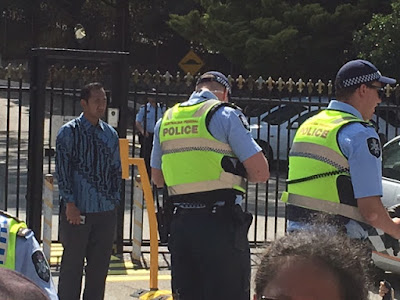 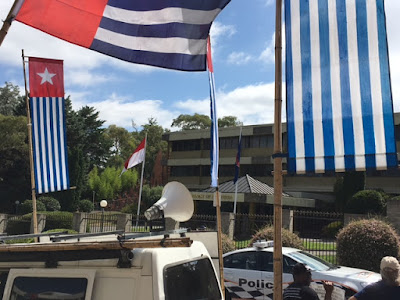 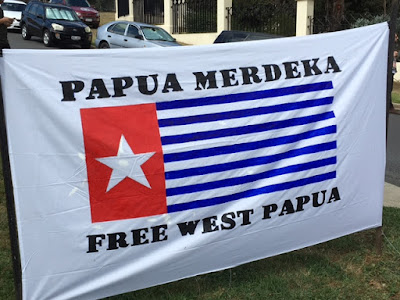 PRESS RELEASE
Indonesian Embassy Fails to Silence the People’s Voice
Today, around 20 people's voices failed to be silenced by Indonesian nationalism, that was blasted at them from the embassy. "It is an immature and childish response from Indonesian embassy," said Anthon Rumbiak, one of the rally organisers.
With speeches underway, West Papuans and supporters blocked the entrance to the Indonesian embassy by staging a massacre in protest of the continuing human rights abuses in West Papua.
The Australian police immediately respond to protect Indonesia's sensitivity and avoid further pressure from their officials who stood amongst them. One supporter was arrested and taken into custody for failure to provide a name and address. The activist was refused bail.
The Australian police reaction shows continuous protection of the Indonesian government and bow to its pressure rather than question their treatment of West Papua's indigenous people.
The west papuan struggle continues to gain momentum at the international level and remains a thorn in the side of the Indonesian state. "The support for a Free West Papua shall not be silenced in Australia and it's about time the Indonesian government must engaged with West Papua's legitimate body," stated Lewis Prai Wellip, one of the West Papuan activist leader who travelled from Melbourne to Canberra.
Media Contact
Lewis Prai Wellip 0431305979
Anthony Rumbiak 0401503052