Indonesia is a cancer on the humanity of the Pacific

An opinion piece by Yamin Kogoya

Indonesia is a cancer on the humanity of the Pacific 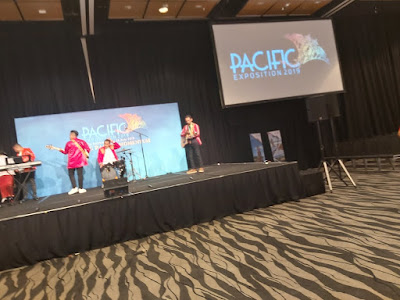 More than 50 years of torture has been inflicted on the Papuan people by the Indonesian Government. With the assistance of Western governments, great fear has been put in the hearts and minds of people across the Pacific. These terrors have become cancerous tumours in the body of the peaceful Pacific island community.
Indonesia’s Pacific 2019 exposition in Auckland last week (12-13 July), was another calculating deception pulled by Jakarta’s elites, in order to cure this cancer. But Indonesians failed to recognise that this malignance cannot be removed by a mere trade talk with the people of the Pacific islands. This cannot be cured merely by bringing a few Pacific diplomats to attend a weekend event, such as the one organised by Indonesia in Auckland last week.
The Indonesian Government might be successful in making friends with a few Pacific leaders through their diplomatic networks, but they will not win the hearts and minds of scores of communities across Oceania.
The Head of the telecommunication and information accessibility body (BAKTI), Anang Achmad Latif said during the exposition event that:
‘We are currently focusing on developing telecommunications in Papua, West Papua, Maluku, and East Nusa Tenggara, where the people of each province have similarities with those in the Pacific countries,’ Read More…https://en.antaranews.com/news/128866/ministry-exhibits-ris-broadband-experience-in-pacific-exposition

There are two crucial issues that emerged from this statement; firstly, a broken human spirit cannot be fixed simply by developing and connecting high speed broadband communication. Secondly, after 57 years, Indonesia has failed to understand the deepest desires of the Papuans. Indonesia has broken the human spirit of the Pacific islander communities by invading the already independent country of West Papua in 1963. Since then, Jakarta has established a new colonial system in West Papua, to influence the Papuans with all kinds of Indonesian based development projects but have failed.
The Indonesian Government in Jakarta has been trying to forcefully compel the people of Eastern Indonesia, such as Maluku, to be part of West Papua and make West Papua part of Eastern Indonesia. All of this is simply Jakarta’s desperate effort to try to bury West Papua’s right to be part of the Pacific family, as well as the global human family. Jakarta has been devious in this approach since the 1960s, when, with the help of Western governments, they removed the Papuan’s rights to determine their own future during the phoney UN’s sponsored Act of Free Choice, which Papuans referred to as the Act of NO Choice in 1969.
For 57 years, both Jakarta’s domestic and foreign policies regarding West Papua, have been a cover up for immense untruths and propaganda. The illegal incorporation of an already Independent West Papua by manipulating the UN’s process from 1950’s, leading up to the so-called Act of Free Choice, was the greatest lie Indonesia has been endeavouring to cover up. This decades old lie has turned into an incurable cancer within the bodies of both Indonesia and the Pacific. This cannot be simply cured by high speed broadband communication development, or by trade and business deals among the leaders.

The Dutch East Indies ruled over Indonesia for more than 300 years, but the colonial Dutch failed to turn Indonesia into a manufactured European state with their tricks and lies. The Dutch did not establish the colonial system based on the principle of equality for all humans, but rather based it on a Europeans’ doctrine of controlling, subjugating and civilising ‘others.
In a similar manner to the Dutch, Indonesians have a comparable developmental aim and a wish to civilise the Papuans as they see fit. Jakarta has the assumption that Papuans want development, but this assumption is wrong and Indonesian leaders have failed to recognise it. What Papuans need is not high-speed broadband development as advocated by the ministry of communications and informatics in Auckland. What Papuans need is the awakening of high-speed human spirit that connects us all together and to recognise that the genocide of Papuan humans is the annihilation of all humans.

I have my doubts that Indonesian engagement with the original people of Oceania (Melanesian, Polynesian, Micronesian and Australian Aborigines) will effectively change their fundamental worldview. Indonesian leaders in Jakarta cannot go to Pacific island countries and say, we are one family and we have one culture, while simultaneously torturing the Papuans. It is also unfortunate to note that there was no accommodation made at Indonesia’s Pacific Exposition 2019 in Auckland to disclose the real issues Papuan people face. What Indonesians did display in terms of the Papuan image at this expo was misconstrued.
When New Zealand’s foreign affairs, Winston Peters was asked about his view on the lack of West Papua’s representative at the Expo, Mr. Peters said ‘he was unable to answer why the Indonesians did not bring an independent West -Papuan’.
Read more…
The central issue here is not about Indonesia’s broadband speed communication development projects for West Papua or Maluku. It is not about trade and business partnership deals with the Pacific countries. The core issue that give nightmares to Indonesian military generals in Jakarta and drive their foreign policies towards Pacific island countries, as well as other countries around the world, is all about West Papua independence.
Mr. Peters was correct when he asked why the Indonesian did not bring an independent West Papuan? Because he knew deep in his heart that ‘West Papua’s Independence’ was the reason Indonesia’s Pacific Exposition 2019 was organised. Finding answers to the minister's question will help cure the cancer Indonesia has created in the minds, hearts and bodies of communities across the Pacific.
The integrity of Indonesia’s public images promoted in the international arena, with the slogan, wonderful Indonesia can never really be fully appreciated and respected by the world’s communities if they continue to terrorise the Pacific Melanesian population of the West Papuans

---
Author: Yamin Kogoya is a West Papuan academic who has a Masters of Applied Anthropology and Participatory Development from the Australian National University. From the Lani tribe in the Papuan Highlands, he is currently living in the Gold Coast, Queensland, Australia.
--------------------------
Posted by AWPA Sydney News at 3:43 PM