This year’s theme is  “Dignity, Freedom, and Justice for All”

Every Year Human Rights Day is celebrated on the 10 December to create awareness and promote respect for the rights and freedoms enshrined in the Universal Declaration of Human Rights adopted by the United Nations General Assembly in 1948.

Joe Collins of AWPA said, “this concept for respect and freedoms has not got through to the Indonesian security forces who continue to oppress the West Papuan people”.

22 members of the  West Papua National Community (KNPB) were arrested on 8 December  for handing out flyers about peaceful rallies to take place in West Papua to celebrate Human Rights Day.

"Although they were eventually released, this was an act of intimidation to stop people coming out to celebrate Human Rights Day and bringing attention to the ongoing human rights abuses in West Papua”.

The KNPB has urged people to get involved in peaceful celebrations for World Human Rights Day.

Joe Collins said, “tragically we know from the past that the security forces have used a heavy-handed approach to peaceful demonstrations particularly if the West Papuan Flag, the Morning Star is carried by the demonstrators.” Hopefully, today they will respect this year’s theme  of Dignity,  Freedom, and Justice for All and allow the rallies to go ahead without interference.”

the Free West Papua Campaign has reported on a military sweep in Yapen District (below).

The Indonesian military TNI/Polri officers carried out a sweep of residential areas in Yapen district, 61 people fled to the forest.

Officials carry out a sweep in Kaonda village, Windesi district, Yapen island regency, Papua. Until now, December 7, they are still in the middle of the forest. They are afraid to come out because they are all non-violent activists. 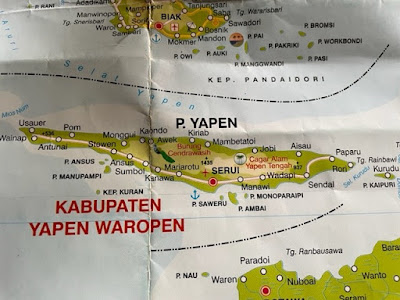 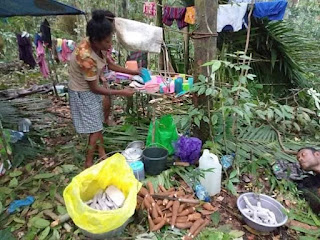 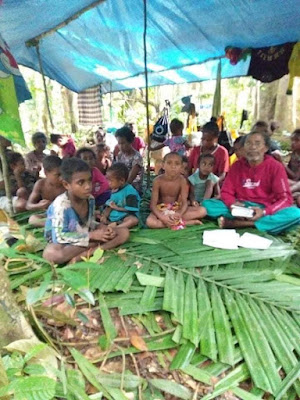 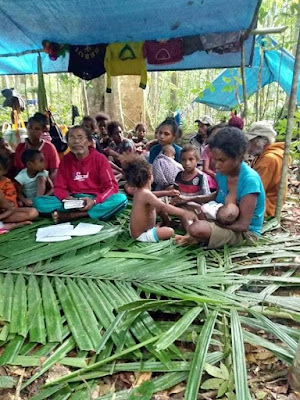