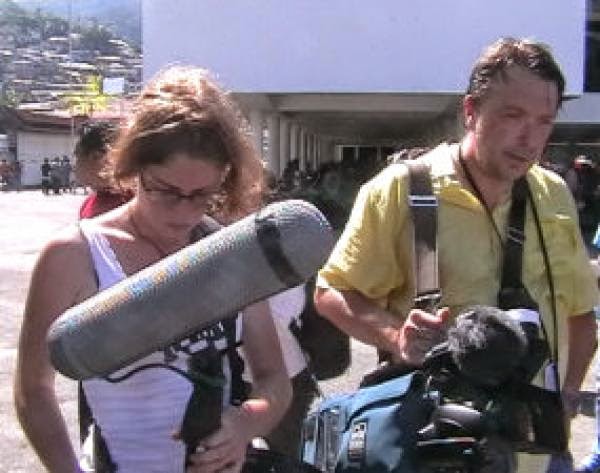 "He's on a tourist visa, but it does work, so we secured him. Initially admitted as a tourist, but later admitted also as a journalist, "said Chief of Police.

Further police chief, reporter in question has now secured in the Papua Regional Police Headquarters, and was asked for information related to its activities in Papua.

"It could immediately ask the Papua Police. Because the question already secured in Jayapura since noon, "he said.

According to the police chief, the police secure the concerned while riding a motorcycle with the local community.

"We've watched since the beginning, and was arrested while riding a motorcycle with the local community," said Chief of Police.

Just a note, any journalist who wants to cover what Papua should get permission from the Ministry of Foreign Affairs.

Indonesia should also be considering the need for broader special
autonomy for non-state regions such as the Land of Papua. A firs step
in this direction would be appointing a special minister of state for
the Land of Papua in the forthcoming cabinet.
As I have already said previously, the tasks of the
Special State Minister for the Land of Papua would encompass such
issues as employing peaceful measures so as to ensure that West Papua
and its people remain an integral part of the Republic of Indonesia.
What this means in that, as soon as possible after installation of
the President and Vice-President in October this year, all non-organic
military personnel from both the army and the police should be
withdrawn from the Land of Papua.
The first step that needs to be taken is to cut back funding in the
budget for such activities as defence and security and using these
resources for humanitarian activities and not get involved in such
things as combating terrorism.
If the newly elected president agrees to appoint a special state
minister for Papua, one of the minister's key tasks should be  to
undertake an evaluation of special autonomy for the thirteen years
since Law 21/2001 was enacted, along with the amendments adopted in
Law 35/2008.

This evaluation is extremely important, bearing mind the
provisions of Law 21/2001,and this should also involve the Papuan
people, in particular the indigenous people living in the mountains in
the interior and should include every village and kampung as well as
towns and cities along the coast and across the whole territory from
Sorong and the Raja Ampat Islands to Samaray, the island of Biak and
the Island of Adi.
The other thing that needs to be done is to produce a format and
mechanism for Dialogue between Papua and Indonesia as the peaceful way
of formulating the role of the Land of Papua within the Indonesian
state.
The dialogue should involve all those who are involved in
disputes, such as the Indonesian Army, the Police, the TPN-OPM as well
as political groups that are active inside Papua as well as overseas.