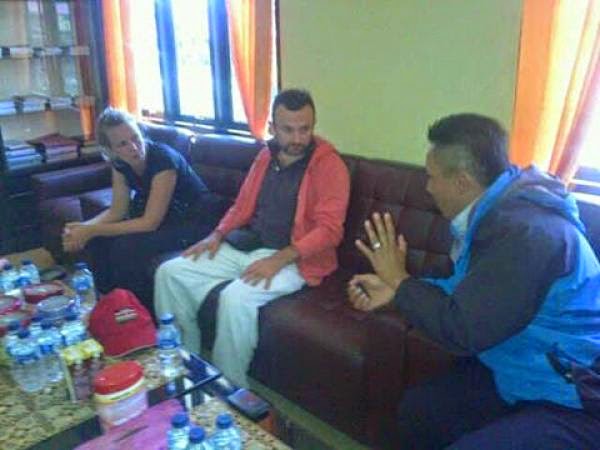 PAPUAN, Jayapura --- Two French journalists who were arrested in Wamena, Jayawijaya, Papua, August 7, 2014, at around 15:00 CEST yesterday, eventually named as a suspect by the Papua Regional Police officers, this afternoon.
Both the journalist named Charles Thomas Dandois (40) and Valentine Burrot (29), who reportedly worked daily for Arte TV in France.
Papua Police Public Relations Head, Commissioner of Police, told reporters Pudjo Sulistiyo revealed, the determination of the two suspects for journalists because no indication was trying to contact the leader of an armed criminal group Enden Wanimbo in Lanny Jaya.
"Both of them have to do reporting illegal and violated the Immigration Act," said Pudjo.
Pudjo said, the two journalists had violated article 122 of residency letter a of Law No. 6/2011 Immigration Act. They could face five years in prison and a fine of Rp 500 million.
Related arrests two journalists, secretary Televesi Indonesian Journalists Association (IJTI) of Papua and West Papua, Chanry Suripatty said, if the two journalists violated immigration law, should be handled by the immigration authorities.
"Governor of Papua, it is clear to say that foreign journalists please come to Papua to cover, because the authorities do not get too paranoid to foreign journalists," he said.
According Suripatty, supposedly after being arrested, the two journalists were handed over to the immigration office, because the authority to repatriate two journalists is immigration, not the police.
"Do not push it to the criminal again, but immediately handed over to the immigration authorities, so that the two journalists it can be returned to the country of origin," he said.
Oktovianus POGAU 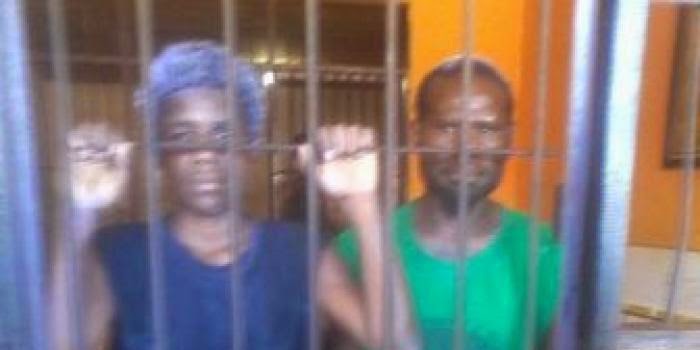 Why they were arrested and persecuted?

The information received majalahselangkah.com tonight, LP3BH said, the reason the police have not been able to explain what the article in the Criminal Code charges of criminal to Roberth and Oni, because until about 6 pm Police earlier report (LP) acts on both the student and the student has not been dropped from Police Chief Police Criminal Investigation Unit to Manokwari.

"It turned out that although there has been no LP to be the basic guidelines in understanding and deepen cases allegedly committed by two young children, but the number of police officers by vigilantes have acted persecuted both since been arrested," wrote Executive Director Institute for Research, Assessment and Development Assistance law (LP3BH) Manokwari, West Papua, Yan Christian Warinussy.

Described, evident in their recognition to the Advocate Gaspersz that when it (ie at 03:00 CET) they were told by the 'brother-kakak'nya to bring the paint (paint) to write the following words: "Indonesian illegal referendum Yes, Indonesia Panta hole. "Also, drawing a picture of the Morning Star flag and the Red and White Flag.

"The act both apparently was seen by some members of the Navy who are in the vicinity of Earth Housing Complex Marina is located right in front of her two young children are doing actions. Members Navy picket was then called the police station and came Manokwari police berpakai some thugs and instantly capture and persecute Roberth and Oni blindly, "wrote LP3BH in his statement.

Roberth young and aged around 16 years claimed he was beaten with a rifle butt on the head, doused with paint (paint) and kicked in the face several times by members of the police and members of the Navy.

Then they were taken to the Manokwari District Police Office and was beaten and kicked repeatedly by members of the police on duty at night until morning, then put in a cell and held until today.

He said, LP3BH is currently preparing a power of attorney as an important document that meets applicable legal standards to provide legal advocacy for Roberth and Oni.

"LP3BH also urged that the Manokwari police chief gave the warning hard and ensure that the two suspects namely Roberth Yelemaken and Oni Weya can obtain legal protection as guaranteed in article 52 of the Criminal Procedure Code as well as Article 50, 51, ​​54, 55 and 56 of the Criminal Procedure Code and uphold the principle of the presumption of innocent (presumption of innocence), "he said.