We are all aware that the 1st of December is West Papuan National Day or National flag day . Its now fifty three years since the Morning Star flag  was flown officaly for the first time on the 1st of December 1961. The West Papuan people continue to  raise their flag as an act of celebration  but also of protest against the injustices they suffer under Indonesian rule. They can face up to 15 years jail for doing so.

In Sydney there are usually flag raising events in support of the West Papuan people.  More detail of this year events later. However, both Marrickville and Leichhardt council have raised the flag on their Town Halls. It has also been raised outside the Indonesian Consulate in Sydney in the past few years , organised by Anthony Craig (DLP). Marrickville Council is committed to raising it every year but it has to go before Leichhardt Council every year for a council vote. I have written this year and will let people know if approved.

As individuals we can also contribute to raising awareness about West Papua on the 1st December.

By wearing a West Papuan t-shirt or badge or writing articles/opinion pieces for your church/trade union newsletter. All these simple actions will help raise the issue of West Papuan in the minds of the Australian public. Eko from Indonesian Solidarity has “ Free West Papua political prisoner” T-shirts available for sale. He can be contacted at suroboyo45@hotmail.com
West Papuan flags can be bought from various flag shops in Australia.

Benny Wenda is calling this year for a global day of action for West Papua. On 1st December the Free West Papua Campaign is calling on people all around the world to take pictures of themselves holding or raising the West Papuan Morning Star flag in solidarity with the people of West Papua. Please take part and share the photos on social media to build a truly global picture of the support for a Free West Papua. Details at http://freewestpapua.org/2014/11/04/global-day-of-action-to-raise-the-morning-star/

The 1st of December is West Papuan National Day or National flag day .  Fifty three years ago on the 1st of December 1961, in the then Dutch colony of West New Guinea, The West Papuan flag, called the Morning Star was flown for the first time officially beside the Dutch Tricolor.  At that ceremony, as the Morning Star flag was raised, Dutch and Papuan military and police saluted and accompanied by a marine band playing the national anthem, “My Land Papua”. The Dutch were finally about to give the West Papuan people their freedom. However it is one of the great tragedies that at their moment of freedom it was cruelly crushed and West Papua was basically handed over to Indonesia in 1963. After 6 years administration of the province, Indonesia held a sham referendum called the “Act of Free Choice” under UN supervision.  Only 1022 handpicked voters, one representative for approximately every 700 West Papuans were allowed vote, and under coercion, voted to "remain with Indonesia. The Papuans call this the  “act of no choice”.

Australian involvement
As to Australia’s involvement - originally we supported the Dutch in trying to hold onto West New Guinea, as we preferred another colonial power to act as a buffer zone between Australia and any potential invader from the north. However, once the US decided to back Indonesia, Australia followed suite.  In fact, Australia  actively supported the Indonesian takeover. At a  request from Indonesia two West Papuan leaders, Clemens Runawery and Willem Zonggonao were removed by Australian officials from a plane just weeks before the UN supervised vote (in Australia’s then colony of PNG). They were on their way to the UN in New York carrying testimonies from many West Papuan leaders calling for independence. Because of Australia’s involvement, they never had a chance to plead their case. 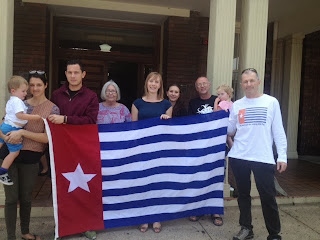 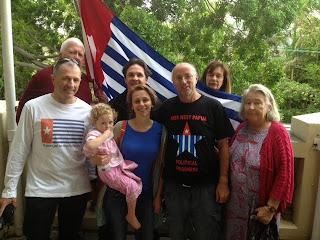 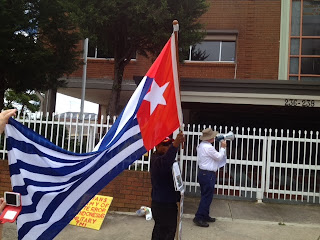 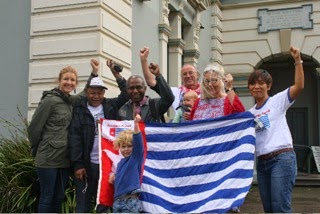 Can make the local paper. 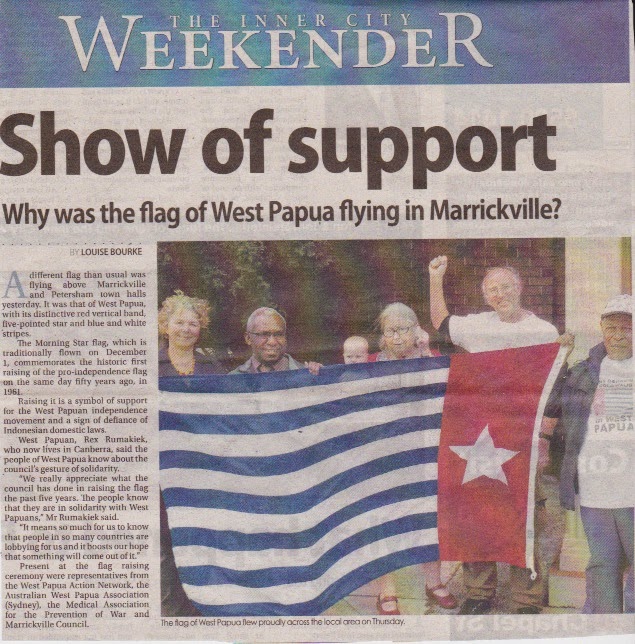