ACP (African, Caribbean and Pacific Group of States) and MSG leaders should condemn the crackdown on KNPB activists in West Papua

Reports from West Papua indicate there will be another crackdown on rallies to be held in West Papua today. The rallies are to show support for the ULMWP to be granted full membership at the MSG, and calling for the release of all political prisoners in West Papua.

The intimidation of KNPB activists started on Saturday when 50 were arrested in Sentani and Jaypura. Although they were released the mobile phones of a number of activists were confiscated.
On Monday 30 May  local media (Jubi) reported three members of KNPB in Yahukimo and 21 people in Wamena were arrested for distributing leaflets about the rallies to be held on the 31 May.

Joe Collins of AWPA said, “Yet again the Indonesian security forces are trying to intimidate activists into not taking part in peaceful rallies. Next door in PNG the 8th Summit of the ACP is meeting and AWPA believes the leaders should have West Papua as a major topic of discussion at the Summit. The Leaders of the ACP including the MSG leaders should immediately raise concern with Jakarta about the dangers of a crackdown today on peaceful demonstrators and hopefully avoid the mass arrests that occurred on the 2 May when up to 1800 West Papuans  were arrested”. 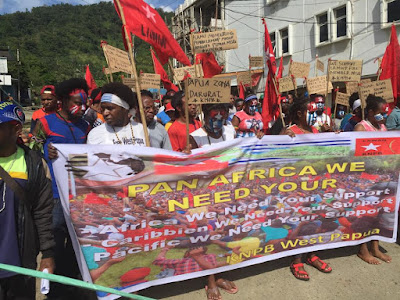 A number of photos posted by Victor Yeimo on Facebook

Under the terror, intimidation, and arrest by Indonesian colonial forces, the People of West Papua going down the roads in entire of West Papua today. We call the leaders of African, Caribbean, and Pacific to fight for West Papuan's right of self-determination.
As part of a clump of Melanesia in the Pacific, the right of self-determination for West Papua should be the issues to be raised during the summit of the 79 countries of the African, Caribbean and Pacific Group of States, in Port Moresby, which has begun from 30th May – 1st June.
The States of Africa and the Caribbean in the history have been rejected the manipulation of the "act of free choice" in 1969 in West Papua, which led to the UN only "took note" without permanent decision.
Victor F. Yeimo
Chairman of KNPB 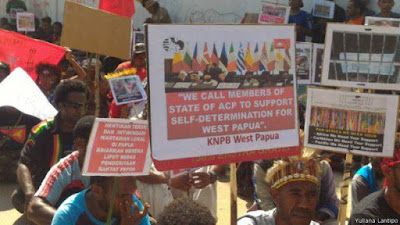 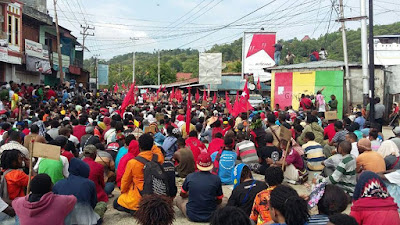 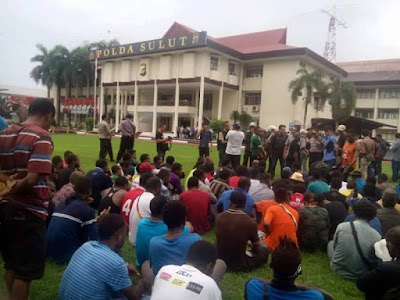 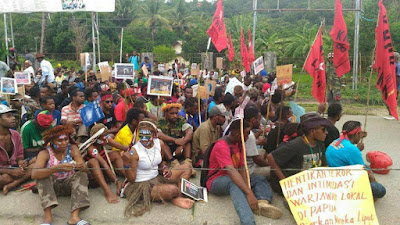 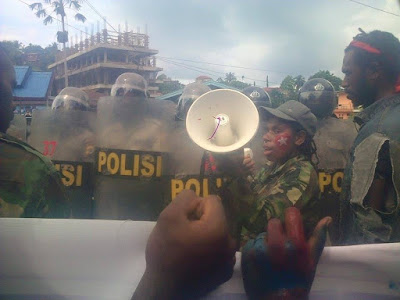 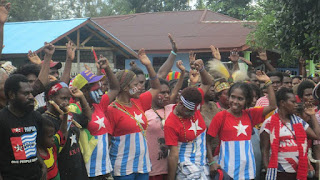 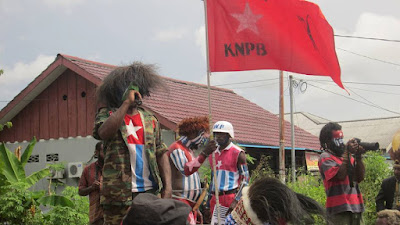