The Papua Prosecutor's Office has said that it is currently investigating 10 suspects implicated in four corruption cases, which caused billions of rupiah worth of state loses.
“Every prosecutor's office in Papua has been given a target to investigate at least five corruption cases a year, and we are handling four at the moment. We always follow up on reports from the public regarding any allegations,” Papua Prosecutor's Office head ESM Hutagalung said in Jayapura on Thursday.
He said his office was currently investigating the alleged embezzlement of Rp 10.2 billion, which had been taken from a "block grant" allocated to refurbish  25 damaged schools in Supiori regency, Papua. The prosecutors have named two suspects in the case.
Another case under investigation is alleged graft in the procurement of electrical generators, worth Rp3.9 billion, at the regional public hospital in Jayapura. The prosecutors are also looking into allegations of corruption surrounding the Papuan People's Assembly (MRP) building in West Papua, which resulted in state losses of Rp 2.9 billion.
“We are also investigating a case concerning the construction of lodging at the Cartenz tourist site, which resulted in Rp 1 billion worth of losses to the state,” he added.
He said his office had dismissed two prosecutors from prosecutor's offices in Wamena and Biak. One had been found guilty of embezzling funds from his office's operational budget, while the other had been convicted of extorting funds from a graft suspect.

Jayapura, 21/5 (Jubi) – Hundreds of students rallied outside  the Papua governor’s office on Wednesday ( 21/5) to demand the government resolve the tribal conflict between Moni and Dani people  in Mimika.
They carried banners that read: “Government of provincial Papua, Papua Legislative Council, Papua People’s Assembly, 16 regents in Central Mountains, the police chief and regional commander, immediately form a team to solve conflict that has caused many causalities”.
Another read: “Papua Government, government of Mimika regency and PT. Freeport to return customary rights of Timika – Paniai trans high way to the owner of the land”.
Protest coordinator Detinus Magay said the government and local security authorities have not addressed the problem properly.
“There have been many casualties, while the government and the security forces do not act proactively to resolve this issue,” he said.
Tinus Gobay read a statement before Hery Dosinaen, Regional Secretary of Papua, Jayapura Police Chief Adjunct Senior Commissioner Alfred Papare, and chief of the Papua Police spokesman Sr. Comr Sulistyo Pudjo Hartono.
“We urge the governor, the Papua Legislative Council, Papua People’s Assembly, Papua Police and the Regional Commander and 16 regents of Central Highlands with PT. Freeport Indonesia to address and resolve the conflict. ” he said.
The students urged authorities to enforce the national law to resolve conflicts and murders that occurred in Mimika instead of the customary law. The protesters also insisted to stop dumping leftover dregs of gold along Kabur river because it gives assurance to the community miners to perform acts of violence or murder and feel easy to make money and create conflicts.
“We demanded security forces and provincial government to immediately formulate liquor trade regulation in Mimika as we see that it becomes the main cause of the conflict.” Tinus said.
He added, the police and the local government have made efforts to resolve the conflict in Mimika.
“I also feel what you feel. You cried, I cried because I have been many years of living in the mountains. We will not stay silent, ” he added.
To resolve this conflict, the provincial government will soon send a radiogram to all regents in the mountains. We plan governor, all regents of Central Mountains and team to be there on May 26.
“MRP, governments and other parties have dealt with this issue but the war still continues. I want to say to all tribal children to work together for peace. Today, I will send a radiogram to all regents in the Mountains, “he said.
In front of the protesters, Hery Dosinaen reminded that all students of the mountains to remain solid and together hand in hand look at this issue.
“I hope there is no provocateur. Let us join together to resolve the issues,” he said.(Jubi / Alex/ Tina)
-----------------------------------------------------------------------------------------------------------
http://tabloidjubi.com/en/?p=2451

tabloidjubi.com May 21st, 2014 0 Comment
Jayapura, 20/5 (Jubi) – The Papua Legislative Council is trying to  finalize a draft special regulation (Raperdasus) on the 14 seats for indigenous Papuans, a commission secretary said.
“We are trying to finalize and pass the Raperdasus as soon as possible ahead of the inauguration of the 14 Indigenous Papuans to be held in conjunction with the inauguration of the elected legislators of the council,”  Julius Miagoni, the secretary of  Commission A on Government Affairs at  Papua Parliament told tabloidjubi.com on Tuesday (20/5).
However, he further said, if the Rapedasus has not bee completed at the time of the inauguration of the council, the 14 representatives would be inaugurated later.
“Time is running out, but the draft has not yet been approved. The government has not made a political decision yet. In addition, we have not yet decided about the representative regions, who will organize and who will authorize the organizer. These issues are what we will be immediately discussed about,” he said.
Last week, he further said, the Commission A of the Papua’s Parliament conducted a meeting with the Government of Papua which attended by the Papua’s 3rd Assistant, the Head of the Bureau of Legal, Nation Unity and Politics, the Head of the Bureau of Governance. The meeting was purposed to discuss about the readiness of the selection of 14 indigenous candidates of the Papua’s Parliament.
“It was to continue our last year meeting. We had agreed at that time to select 14 representatives but the process should be similar with the selection of the members of the Papua’s People Council. We talked at the level of the political decision makers, not discussed about the draft,” he said.
However, he continuously said that there is a disagreement between the parliament and the government. The Parliament assumed there are seven customary areas, while the executive considered only five.
“We will further discuss about it in the next meeting with the Governor of Papua and the Papua’s People Council,” he said.
Earlier, the Executive Director of the Institute of Research, Study and Legal Aid Development (LP3BH) of Manokwari, Yan Christian Warinussy said currently the expectation of the indigenous Papuans are only depending on the presence of these Special Autonomy Seats.
“In the context of the selection process of the candidates for the Special Autonomy Seats, I thought it needs to make a good and detail assessment, as well as to be more careful and put the qualified indigenous Papuans on the priorities,” he said.(Jubi/Arjuna/rom)
----------------------------------------------------------------
http://www.fijitimes.com/story.aspx?id=269233
The Fiji Times Online
4) Calls for consistency 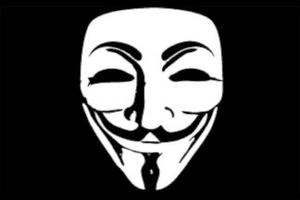 Radio New Zealand International reported that Anonymous, which is known for its opposition to censorship and state secrecy and  for its hacking of government and corporate websites, says "West Papuans have been silenced for too long by Indonesia's military and government".
Anonymous today added to the pressure on the United Nations this week, which is currently holding a meeting in Fiji aimed at speeding up the decolonisation of colonised Pacific nations like New Caledonia and Guam.
The UN has been asked by several lobby groups to include West Papua on the list of nations requiring decolonisation instead of continuing to pretend that West Papuans have chosen Indonesian occupation of their country over independence.

According to RNZI, Anonymous says "the United Nations should take responsibility for the sham referendum it sanctioned in 1969 which incorporated the former Dutch New Guinea into Indonesia".

Anonymous is a strong supporter of WikiLeaks and has hacked and publicly released millions of emails about the private intelligence firm Stratfor, for which one of its activists, Jeremy Hammond, is currently serving 10 years in an American jail.