Commentary from the Pacific Network on Globalisation (PANG)
West Papua, comprised of the provinces (Papua and Papua Barat) is the Indonesian government’s last remaining colony, situated on the western half of the island of New Guinea, adjacent to independent Papua New Guinea. Papuans want what all colonized people want: to be free – to be masters of their own destiny. More specifically, Papuans demand, as a matter of urgency, that West Papua be reinstated on the list of non-self-governing territories in order to hasten their progress towards political self-determination.

Eligibility to be reinstated on the list of non-self-governing territories
West Papua satisfies the criteria for being reinstated on the list of non-self-governing territories set down in United Nations Resolution 1541 (XV). Specifically, West Papua is geographically separate from Indonesia. Papuans are culturally and ethnically distinct and they have had a different historical experience from Indonesians. The former colonial authority, the Netherlands, prior to the current colonial administration, the Unitary Republic of Indonesia taking control, established a national parliament – the Nieuw-Guinea Raad – paving the way for Papuans to progress towards self-rule. Sukarno, a former Indonesian president tacitly acknowledged West Papua’s sovereignty when he referred to West Papua as a Dutch ‘Puppet State’ prior to launching a military invasion.

West Papuans have a right to self-determination under international law set down in the Declaration on the Granting of Independence to Colonial Countries and Peoples and adopted by the General Assembly in its resolution 1514 (XV), Article 1 of the International Covenant on Civil and Political Rights, Article 1 of the International Covenant on Economic Social and Cultural Rights and more recently, the United Nations Declaration on the Rights of Indigenous Peoples.
The need to reinstate West Papua on the list of non-self-governing territories is made more urgent by ongoing gross human rights violations and a failure of governance on the part of the Unitary Republic of Indonesia.

Human rights violations and state violence has been documented during recent United Nations Human Rights Council Universal Periodic Review of the Indonesian Government’s commitment to civil and political rights and economic, social and cultural rights in 2012, 2013 and 2014. Civil and political human rights issues raised include included the freedom of expression, the human rights violations committed by the security forces, the problem of impunity, the repression of human rights defenders, and the protection of the rights of indigenous peoples and minorities.

Economic, social and cultural rights issues raised include lack of access to health care and education, the problem of land-grabbing, and the rights of minorities and indigenous peoples. In addition concern was expressed about the Indonesian government’s delay in making specific arrangements to allow visits by UN special procedures and human rights experts. In regards to both civil and political rights and economic, social and cultural right the United Nations Committee showed particular concern to the situation in Papua.
Political scientists Dr Jim Elmslie and Dr Camilla Webb-Gannon characterise Indonesian rule as presiding over slow-motion genocide. They conclude that there is evidence to show that the Indonesian state has engaged in intentional genocidal acts designed to “counter and eliminate Papuan attempts to create an independent state for their nation or enjoy political freedom on a par with other Indonesians.”

Taking the above facts into consideration, in a special report into decolonization in the Pacific Region adopted by the United Nations Permanent Forum on Indigenous Issues in their Twelfth session in May 2013,  Valmaine Toki stated that “there are clear grounds for the General Assembly to support [West Papua’s] reinstatement on the list of Non-Self-Governing Territories."
Toki listed three compelling reasons.  “First, West Papua had satisfied the criteria set down in resolution 1541 (XV). Second, it had featured initially on the list. Third, the right of self-determination is articulated in article 3 of the United Nations Declaration on the Rights of Indigenous Peoples.”  In light of gross human rights situation in West Papua Ms. Toki wrote that “urgency is recommended.”  As a result the International Community has a Responsibility to Protect West Papuans by granting political self-determination as a remedy for the Indonesian Government’s failure to govern and adequately protect West Papuans.

Historical background
West Papuans formed their own parliament in 1961 but have never been permitted to govern. The Indonesian government claims sovereignty over West Papua was transferred from the Netherlands to the Unitary Republic of Indonesia by the United Nations as a result of the Act of Free Choice in 1969. That is not true. The Act of Free Choice was not free, fair or peaceful. Less than 0.01% of the population, just over 1000 people, participated in the Act of Free Choice and 100% of those that did were coerced to vote. Two in-depth academic studies – one by Professor Pieter Drooglever,  the other by Dr. John Saltford  – conclusively showed that the Act of Free Choice was fraudulent and backed up by extremely ruthless violence, including the willingness to bomb entire villages. Until Papuans have been given the right to decide their own political status, a right which is theirs under international law, Indonesia cannot claim to be a democracy. In the intervening five decades the political situation has not improved. 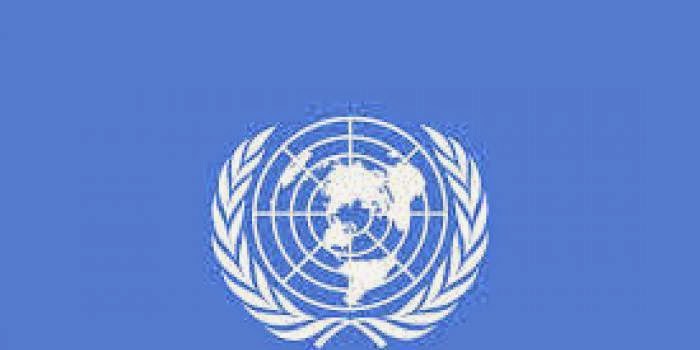 UN logo . Photo : Ist .
Jayapura , STEP MAGAZINE - Australia West Papua Association ( AWPA - Sydney ) or Advocate for West Papua Independence in Australia urges UN decolonization committee to visit the province of Papua in Indonesia .
AWPA insistence presented with regard to the UN Decolonization Committee meeting to be held this week in Fiji .
In a statement received majalahselangkah.com this afternoon , Tuesday ( 20.05.14 ) , Joe Collins said the committee had to go on a fact -finding mission to investigate how people have fared in West Papua under Indonesian rule .
" The committee visited New Caledonia in March and now also have to visit West Papua , " insisted Joe Collins .
Said to Joe , the fact that the receipt of that so-called act of free choice in 1969 is a joke and the UN have a moral responsibility to the people of West Papua for the betrayal .
" It is time for the UN to review the whole question of the delivery of West Papua to Indonesia 51 years ago , " he pleaded again .
Known , AWPA also sent an open letter to the leaders of the Pacific Islands Forum ( PIF ) on Saturday, May 10, 2014 last . AWPA letter urging it to the PIF leaders to discuss the issue of West Papua and human rights violations taking place there in the PIF summit in Koror , Palau in July. ( Yermias Degei / MS )
---------------------------------------------
Posted by AWPA Sydney News at 3:35 PM