Media Release: Jacinda Ardern urged to support West Papua at Pacific Islands Forum
8 August 2019
Next week Pacific leaders will discuss West Papua at their annual Forum.  This year there is great hope that the Communiqué will include a call for action, including a call for the UN Human Rights Commissioner to visit and report back on the situation in West Papua to the 2020 Forum.  Despite the gravity of the human rights situation in West Papua the Forum has in the past opted for a ‘softly softly ’ approach, deferring to powerful Indonesia rather than defending the rights of the Melanesian West Papuans. New Zealand’s role is likely to crucial and West Papua Action Auckland is calling on Jacinda Ardern to take moral leadership to help ensure that that the Forum does the right thing.
Letter  to Jacinda Ardern is below.

For further information: Maire Leadbeater 09-815-9000 or 0274 436 957
Catherine Delahunty phone 021 242 1967
4 August 2019
Rt Hon Jacinda Ardern
Prime Minister
Parliament Buildings
Wellington
Dear Prime Minister,
We note that you will be meeting with other Pacific Islands Forum leaders in Tuvalu from August 12.
The human rights situation in West Papua will be under consideration and has already been discussed by the region’s Foreign Ministers.  The Foreign Ministers agreed that the Forum should continue to raising its concerns over escalating violence and continued allegations of human rights abuses in West Papua (Papua). The Foreign Ministers recommended maintaining dialogue with Indonesia and supported Indonesia’s invitation to the UN Commissioner for Human Rights to undertake a mission. It was stressed that there is a need to finalise the timing of the visit and to make every endeavour to provide a report on the situation before the next Pacific Islands Forum Leaders meeting in 2020.
International organisations such as Amnesty International, Human Rights Watch, the International Coalition for West Papua and the World Council of Churches continue to document evidence of on-going violence and human rights violations, including torture and extra-judicial killings. The Indonesian security forces in West Papua are not held accountable for their role in these crimes and continue to act with almost total impunity. At this moment there are alarming reports of dozens of deaths from famine and other illnesses in the Nduga area where displaced people have lost access to basic health food and education services.
It is essential that the Pacific Islands Forum leaders state their continuing commitment to encourage strong and prompt action to end the violence and human rights abuses in West Papua and to address their root causes. They must call for the Indonesian Government to finalise arrangements for the UN High Commissioner for Human Rights to visit West Papua to investigate the human rights situation promptly. The stakes are very high in a situation which is widely held to amount to ‘slow genocide’.
This is the moment for New Zealand, a founding member of the Forum, to show strong leadership on this issue. In the past the West Papua resolutions at the Forum have been ‘watered down’ after indirect and direct pressure from Indonesia.  We urge you in the strongest terms to resist this pressure and to put the interests of the suffering people of West Papua as your priority.
Yours sincerely,
Maire Leadbeater and Catherine Delahunty.
Copy to Hon Winston Peters, Minister of Foreign Affairs.
——————————————
https://www.indoleft.org/news/2019-08-05/regent-calls-on-jokowi-to-withdraw-tni-and-police-from-nduga.html
2) Regent calls on Jokowi to withdraw TNI and police from Nduga 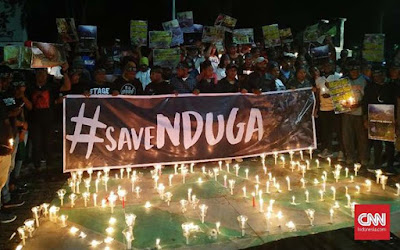 Jakarta – Nduga Regent Yairus Gwijangge has asked for help from House of Representatives (DPR) Speaker Bambang Soesatyo to covey to President Joko “Jokowi” Widodo that he wants the immediate withdrawal of all TNI (Indonesian military) and Polri(Indonesian police) personnel that have been conducting military operations in Papua since early December 2018.
The military operations are aimed at pursuing the alleged killers of 15 Trans Papua highway workers in December last year. The killers are suspected to be members of the Free Papua Organisation (OPM) or an Armed Criminal Group (KKB).
“With great expectations we have made a request to the President through the DPR speaker for the withdrawal of non-organic and organic TNI and Polri personnel which are conducting joint operations there”, said Gwijangge during a meeting with Soesatyo at the parliamentary complex in Senayan, Jakarta, on Monday August 5.
Gwijangge explained that the presence of the TNI and Polri personnel in Nduga has disrupted people’s lives. Moreover, according to Gwijangge, people have been forced to flee to family and relative’s houses in other regencies resulting in 11 districts in Nduga being left virtually empty.
Also speaking in Senayan, Nduga regency secretary Namia Wijangge reveled that people in Nduga have suffered trauma due to the presence of the military in their area since the Mapenduma operation in 1996.
Wijangge said that the prolonged conflict between the TNI, police and the group calling itself the Free Papua Organisation-West Papuan National Liberation Army (TPNPB-OPM) has had a negative impact on communities, particularly in terms of access their right to education and healthcare.

“This trauma has been prolonged since the 1996 affair which occurred in Mapenduma. They have carried this trauma with them to this day. It’s like that, this problem, it’s very difficult to resolve in a short time”, he said.
In addition to this, said Wijangge, teaching activities in 24 schools and religious activities in 98 church building spread across 11 districts in Nduga have now stopped. Community healthcare centres (Puskesmas) and integrated healthcare service posts (Posyandu) are also unable to function as they should.
“Education and healthcare services are not running. Then churches there, there are 98 churches that are empty. All of the congregations have fled, communities have fled”, said Wijangge.
Meanwhile on July 30 the Social Affairs Ministry (Kemenkes) declared that at least 53 people displaced by the conflict in Nduga have died since December. The ministry said that the refugees died for various reasons such as old age and illness.

“The data from Pemkab (the regency government) and the Kemenkes has been validated, 53 people have died including 23 children due to illness, old age and other factors. But reports that more than 130 people have died in refugee shelters is untrue”, said Social Affairs Ministry Director General for Social Security Harry Hikmat as quoted by the Antara state news agency on Tuesday July 30.
Quoting from the day before, Nduga regency official Otomis Gwijangge said that 45,000 people have sought refuge as a result of the conflict in Nduga. This is more than half of Nduga’s total population.
He said that the displaced people originate from eight districts or sub-districts: Mapenduma, Kagayam, Mugi, Mom, Yall, Jirkuri, Yigi and Mbua. In general most Nduga residents have sought refuge in Lanny Jaya, Jayawijaya, Mimika, Asmat and Jayapura.
“So, more than half of the total population of Nduga has sought refuge in surrounding regencies or around 45 thousand or more. The total population of Nduga is less than 106 thousand people”, said Otomis Gwijangge, who is also the head of the Nduga regency communication and information division, on Wednesday July 31.
He added that because of evacuations, eight districts in Nduga have been left virtually empty.
Earlier, on July 22, Presidential Chief of Staff Moeldoko stated that they will hold an evaluation of the tactical activities of TNI and Polri personnel in Nduga. Moeldoko was reluctant however to give any details on the evaluation. (mts/kid)

Notes
Mapenduma Operation – A botched rescue operation in the remote Mapenduma area of West Papua led by then Kopassus commander Prabowo Subianto in 1996 to secure the release of World Wildlife Fund researches taken hostage by the Free Papua Movement that ended in a military attack on the Geselema village resulting in the death of up to eight civilians.
[Translated by James Balowski. The original title of the article was “Bupati Minta Pemerintah Tarik TNI-Polri dari Nduga Papua”.]
Source: https://www.cnnindonesia.com/nasional/20190805163153-20-418561/bupati-minta-pemerintah-tarik-tni-polri-dari-nduga-papua
--------------------
Posted by AWPA Sydney News at 2:34 AM