An Australian researcher says NGOs led by indigenous Papuans should play a bigger role in the response to HIV/AIDS in the Indonesian province.
Jenny Munro is a cultural anthropologist at the Australian National University, and been involved in recent studies on HIV/AIDS in West Papua.
She says government studies have shown HIV affects about 2.5 percent of the indigenous population, although some scholars believe it could be much worse.
That compares to about 1.8 percent of the migrant Indonesian population.
Ms Munro says one of the factors is that most Papuans tend to live in rural areas.
"There really are very limited HIV information and testing and treatment services outside major cities, another big issue is that sort of the Indonesian perspective and international models often put forward by donors are still setting the agenda so to speak."
Jenny Munro says Papuan NGOs have the community links and cultural expertise to deliver more effective prevention and treatment programmes. 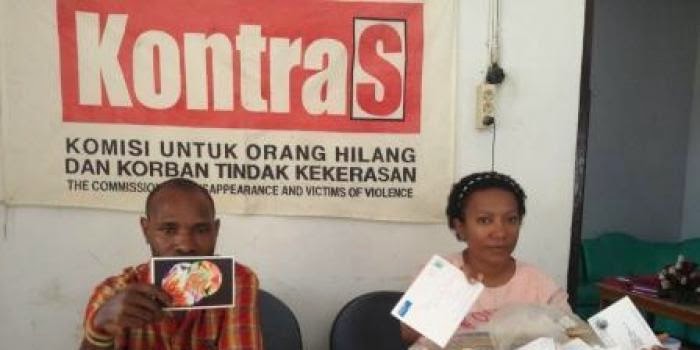 When the news conference . Photo : Ist .

Jayapura , STEP MAGAZINE - Commission for missing persons and victims of violence ( KontraS ) Papua supporting action by some countries for the release of Prisoners / Napol in Papua .

It is delivered Olga Hamadi , directress Papuans told reporters at a press conference in the office of contrast Abepura , Jayapura , on Wednesday ( 02 / 04 ) .

" From year to year there are only Papuans were arrested simply for expressing the aspirations of the people , freedom of expression , the rights of the public to voice and criticize inappropriate state policies , while Indonesia has ratified covenants state and national politics later elaborated in Article 28 UUD 1945 amended , and Act No. 9 of 1998 on freedom of expression , " said Olga .
He continued , " Until now there are 76 recorded political prisoners who are undergoing the process of criminal law and in Jayapura , Serui , Biak , Timika , Wamena , Nabire , Manokwari and Sorong. "

And predictable , this process will continue if the approach and state policies that continue to promote this repressive approach to security is maintained.

" We are also grateful to the support and the spotlight of the international community on the issue of silencing democracy in Papua and also the issue of the release of Prisoners / Napol in Papua , " said Olga again .

Such support , said Olga , has been evidenced by the letters of support were submitted for as many as 2,567 political prisoners letters .

3) Reports of shots fired at protest in West Papua

There are reports emerging of heavily armed police breaking up a student protest in the Indonesian province of West Papua that was calling for the release of political prisoners.
The protest in West Papua's capital, Jayapura, is said to have begun at 8.30am local time, before armed police turned up 3 hours later to try and disperse the crowd.
The students retaliated by throwing stones at police.
The police retaliated by firing several shots, before the students fled.
No further information is currently available.


With politicians currently crisscrossing the country on the campaign trail speaking to all-singing, all-dancing crowds of thousands, one subject is rarely touched upon, yet it is a subject that affects all of us. When it comes to human rights, our politicians, never normally short of a soundbite, have fallen strangely silent.
As a country, we have yet to address serious human rights abuses that stain our past. From the 1965-66 purge of suspected communists and the kidnapping and forced disappearances of student activists in Jakarta in 1998, to the murder of human rights activist Munir Said Thalib, the state stands accused of trampling on people’s rights and doing nothing to disclose the truth.
The abuses continue to this day. It seems like everywhere we look we see state officials and the elites violating our rights almost on a daily basis. Farmers lose their land to companies who often operate hand-in-glove with the local and central governments. If people try and stand up for their rights, the state security apparatus — the police or even the military — are sent in to prove that might is the only right that counts.
It is almost as if the powerful see it as their right to deprive the rest of society of their rights. Unfortunately, we have yet to hear any commitment from the 12 political parties contesting the April 9 election to addressing these issues. In fact, some politicians have even said human rights do not concern the public in general.
Such a foolish statement can be made by any politician and we urge Indonesians to not only refrain from voting for them but also to condemn them. We owe that to those who have fallen in the struggle for democracy and to future generations.
Posted by AWPA Sydney News at 12:31 AM