Last week, thousands of West Papuan people rallied in the streets to call for freedom and for our fundamental right to self-determination to be exercised. They showed their full support for the United liberation Movement for West Papua (ULMWP)’s full membership of the Melanesian Spearhead Group (MSG). The people of West Papua also rallied to show their support for the Pacific Islands Forum Human Rights Fact Finding Mission to West Papua, and a rejection of Indonesia’s false attempts of an Indonesian led Fact Finding Mission. 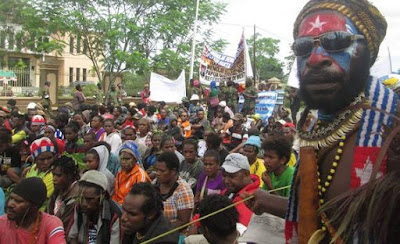 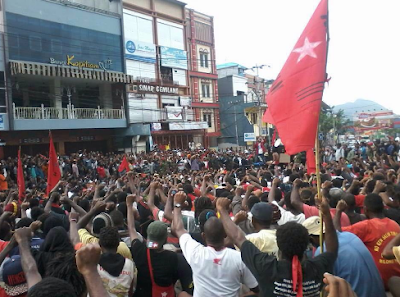 My people cannot be silent while our fundamental human rights continue to be crushed, violated and denied to us by this brutal occupying colonial power. We desperately need a Pacific Islands Forum Fact Finding Mission to come to West Papua to help to uncover, document and expose these ongoing human rights violations. The Indonesian government is trying to claim that there are only 11 human rights abuses that need to be investigated in occupied West Papua. We West Papuans know that this is totally and deliberately false. It is estimated that over 500,000 West Papuan people have been killed since Indonesian illegally took control of West Papua and this killing along with torture, rape and other of the most heinous human rights abuses continues unabated to this day. As an example of the scale of human rights atrocities in occupied West Papua, the Asian Human Rights Commission has found that between 1977 and 1978 at least 4146 West Papuan people were killed by the Indonesian authorities in the Central Highlands region of West Papua alone. 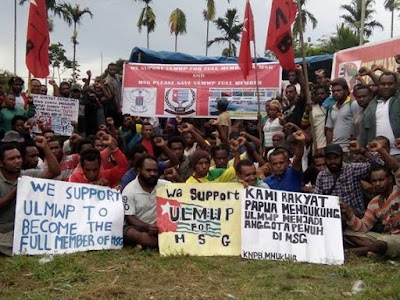 Why then is the Indonesian Security Minister Luhut Panjaitan going to West Papua, the UK and Australia, attempting to claim that he is helping human rights in West Papua when his government continues to oppress our fundamental human rights, arresting hundreds of people for peacefully demonstrating? Clearly there is no democracy or freedom of expression in occupied West Papua. We are being silenced and suppressed by the Indonesian government, military and police. While the Indonesian government is trying to claim it is resolving human rights abuses, literally thousands of West Papuan people have been arrested in the last two months alone; just for peacefully demonstrating for self-determination. 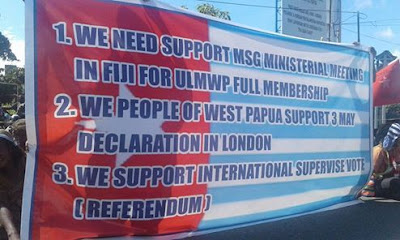 West Papuan people continue to be arrested, continue to be tortured and continued to be murdered by the Indonesian military and police.
The world needs to see this truly desperate situation in occupied West Papua. West Papua is a militarized emergency zone with more and more Indonesian soldiers coming and killing innocent people. The biggest human rights disaster in the Pacific is happening today just 250km North of Australia and we West Papuans are worried that if this genocide and illegal occupation continues to be ignored, in the next few decades will will be completely wiped out from our own country. 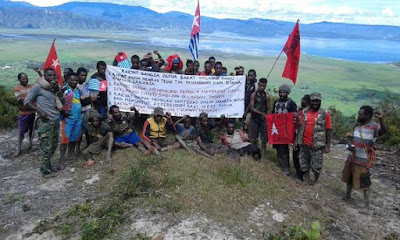 Therefore on behalf of my people I am calling for urgent international intervention in West Papua. We are suffering under a cruel genocide and have been brutally oppressed ever since Indonesia illegally took control of our country in the 1969 Act of NO Choice. It is time for we the West Papuan people to be free to choose our own destiny and to exercise our fundamental right to self-determination in an Internationally Supervised Vote (Independence referendum).
Please help to support the people of West Papua before there are no West Papuans left. Please help to end to these human rights atrocities once and for all by joining the growing number of voices around the world supporting the people of West Papua and our fundamental right to self-determination being exercised through an Internationally Supervised Vote.
Please hear my people’s cry for freedom. 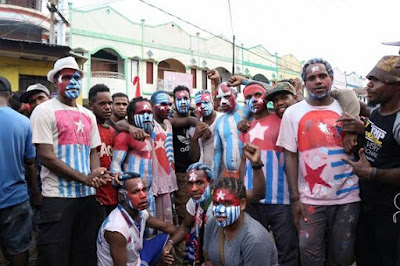