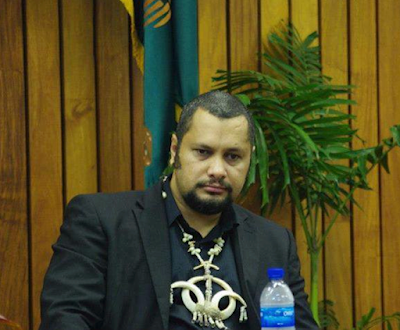 Oro Govenor Gary Juffa ... Indonesia's continuous build-up of military presence should concern Papua New Guinea. Image: PNG Parliament
More than 45,000 Indonesian soldiers have been moved to Wamena in the Highlands of West Papua region of Indonesia, which shares a common border with Papua New Guinea, the PNG Parliament has been told.
The movement of soldiers have raised concerns from PNG parliamentarians about why soldiers have been moved there.
Oro Governor Garry Juffa raised this in Parliament yesterday, asking the Defence Minister Fabian Pok whether he was aware of the movement.
“The continuous build-up of military presence in that province should concern Papua New Guinea. Yet we don’t seem to have any knowledge of what is going on there,” says Juffa.
However, Pok in response told Parliament that Indonesia had been a good friend of PNG and those movements must not be seen as a threat to PNG people.
He said PNG must be considered a lucky country in a sense that PNG shared common borders with two of the “most powerful countries”, Indonesia and Australia.
Pok said he had had meetings frequently with defence ministers from both countries and had never seen them as enemies but as friends.
He said it was Indonesia’s “internal problems” that moved the military personnel closer to the border.
“We really don’t have issues with Indonesia regarding security at the border.”
Freddy Mou is news editor of Loop PNG.
————————————
A google translate. Be-aware google translate can be a bit erratic.. Original bahasa link at
http://tabloidjubi.com/2016/06/02/aksi-demo-bara-nkri-satu-perempuan-jadi-korban-pemukulan/
2) Action Demo BARA Homeland, One Woman Beating Victim 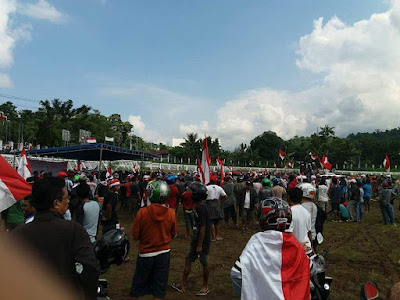 Massa BARA Homeland at Trikora field, getting into the Parliament Office - Jubi
Jayapura, Jubi - Hundreds mob calling itself the People's Front Defenders of the Homeland (BARA NKRI), Thursday (06/02/2016) gathered at Trikora field for a demonstration of heading the Office of the Papuan Legislative Council (DPRP). Massa will be joined by a mass of Keerom, Skow, Muara Tami, Koya, Kota Jayapura and Sentani.
Massa had gathered at Trikora field since 0900. The shops around Sentani and Abepura looked closed down by its owner.
A few days earlier, the Homeland BARA contents had distributed leaflets urging residents Jayapura to participate in the demonstration on June 2 this. This leaflet among others contain a call to create a sense of peace in Jayapura and maintain the integrity of the Republic.
A Citizen Was Beaten
A villager had been beaten at Trikora field when the mass action of the Homeland Defender's Office to prepare the march towards the Papuan Legislative Council (DPRP).
"I just ask haya, demo dong this for what it is. Suddenly there were at me. From the field came right up some people also wanted to hit. Fortunately there are police, "said Mama Hendrika Kowenik, the Jubi in front of the Faculty of Public Health (FKM) Cenderawasih University (Uncen).
He added that the people who beat him also interesting clothes and hair.
Mama Hendrika admitted not only he was beaten. A man who ride with him also had been beaten. The man then ran to see many people coming toward him.
Hendrika encountered Jubi Mama was crying in front of the CCC is also claimed he had to be taken away by police for safekeeping in police Abe. But somehow, he is revealed in front of FKM.
"Dorang just between me from Trikora field FKM Uncen up front alone," said Mama Hendrika. (*)
Posted by AWPA Sydney News at 2:42 AM