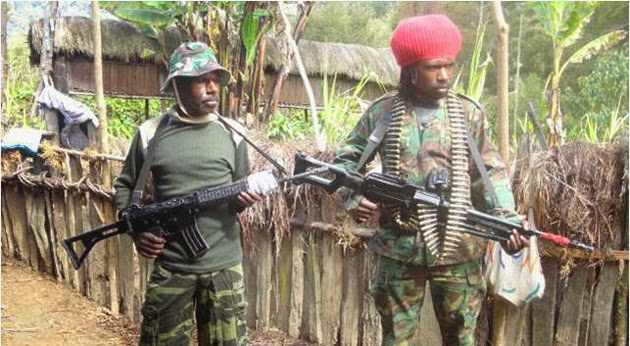 There's been mixed reaction to the Melanesian Spearhead Group's decision on a bid by a West Papuan group to become a member.
Audio duration:  3′ 29″

There's a mixed reaction to the Melanesian Spearhead Group's response to a membership application by West Papuans. At their recent summit in Port Moresby MSG leaders agreed to work more proactively with Jakarta on addressing development needs of the indigenous Melanesians of Indonesia's Papua region. However the MSG has rejected a formal membership bid by the West Papua National Coalition for Liberation.
The coalition lodged its application over a year ago. However the MSG postponed its decision on the application pending a report from an MSG Foreign Ministers fact-finding mission to Indonesia's Papua region in January. Vanuatu boycotted that trip because it felt the mission's programme would not allow the MSG to obtain credible information to fulfill the MSG Leader's mandate, around making a decision on the membership bid. The Foreign Ministers were in Papua province for a matter of hours. One of them, Clay Forau of Solomon Islands, says he came away with a distinct impression of a region developing well.

Following the Foreign Minister's findings the MSG has called for a bid by a more "inclusive and united" West Papuan group. Vanuatu's Prime Minister Joe Natuman says this means the coalition will have to go back to the drawing board. However he has reservations about the veracity of the Foreign Minister's report.

"JOE NATUMAN: Well I mean this is what the Foreign Ministers said in their findings, their so-called findings... it's hard to believe but that's what they said. Although they spent less than a couple of hours in Jayapura and they came out with this report. I thought it was not fairly representative of what the West Papuans wanted. But that was the consensus. So, if there are groupings there, then we have to bring them together. we are proposing that we bring them together in Port Vila or Port Moresby. This umbrella grouping, they can give themselves a name and then submit a fresh application to become associated with the MSG."

But others have seen much to be positive about in the MSG's current moves on West Papua. The governor of Papua New Guinea's National Capital District, Powes Parkop, says the MSG's openness to a new West Papuan application is an encouraging step for the cause of West Papuan rights. He says he's confident the conditions will be met.

"POWES PARKOP: For the people of West Papua it's like when the Americans landed on the moon. Big giant step that of course will not solve everything in one go but hopefully will open the doors to the ultimate desire of our people."

4) Time for Jakarta to afford Papuans the dignity they deserve

Saturday, July 5, 2014
By Ronny Kareni & Matt Gale & Camellia Webb-Gannon
Raising the Morning Star flag outside the office in Melbourne. Photo: Camellia Webb-Gannon.
Sunrays pierced the cold rain to make a sudden halo around the Blackbird as it approached the Collins Landing wharf in Melbourne on June 21, docking across from the Republic of West Papua’s new state of the art Department of Foreign Affairs, Immigration and Trade office.
People in suits, high heels, dreadlocks and traditional Melanesian headdresses sang, danced and waved West Papua’s outlawed Morning Star flag as they gathered to greet the boat of West Papuan Foreign Affairs staff arriving to formally open their new office.
In 2006, following the arrival in Australia of more than 40 West Papuan refugees, an irate Indonesian government pressed Australia to sign the “Lombok Treaty” committing the Australian government to suppress any form of support for Indonesian separatism on Australian territory.
So how was a government department of the self-declared Federal Republic of West Papua, whose president and prime minister have been imprisoned in West Papua for “treason” since 2011, able to set up office at Melbourne’s prime business real estate address amid such fanfare?
The success of this bold new chapter in West Papua’s independence struggle can only be attributed to the indomitable spirit of resilience shown by West Papua’s diaspora.
Yarra City Councilor Amanda Stone, who was tasked with cutting the ribbon at the office opening, recalled welcoming the refugees who had fled persecution in West Papua via canoe during the monsoon season in 2006.
Finding their feet rapidly, those same refugees collaborated with Melbourne’s West Papuan community to turn Australia’s historical racism on its head on Monday.
In an ironic twist, West Papuan dignitaries chose a boat named the Blackbird in which to arrive at the opening ceremony, conveying the message that while Melanesians may once have been brought as slaves to Australia, a history of discrimination has not defeated them.
Uncle Larry Walsh, representing the Kulin nation, who are the legitimate right-holders to the land the office is built upon, welcomed the West Papuan government to Melbourne, shattering any relevance of the realpolitik Lombok Treaty to first nation Pacific politics.
Music has held Melbourne’s West Papuan community together, providing its identity, sustaining its culture, and forging the unity within a traumatised group necessary for operating a fledgling government office.
Singing is a Papuan way of life: West Papuans’ song leads their struggle and their struggle is in their song. Songs in Papuan dialect punctuated the ceremonies of the day, recharging and connecting the West Papuans at the event, while also creating a bridge for non-Papuans to join in the celebrations.
Captain Cees Faas, who had served in Biak with the Netherlands Royal Airforce in 1960, danced through the day dressed in full vintage airforce regalia. In the pauses between musical items he reminisced about the injustices inflicted on West Papuans and the helplessness he experienced when the United Nations handed West Papua over to Indonesia with no regard for the Papuans or their Dutch supporters in 1962.
Melanesian solidarity at the government level has to date been underwhelming. The Solomon Islands has traditionally been the least vocally supportive of all the Melanesian states of West Papua’s independence struggle.
Yet support amongst Solomon Islander civil society for West Papua has burgeoned in the past year with the formation of a Solomon Islands Free West Papua movement. This was carried through at the Melbourne office opening, with Victoria’s Solomon Islands diaspora joining in the festivities to help forge a united Melanesian front against Indonesian repression and Australian suppression.
Young West Papuans in Melbourne have reached out to non-Papuan activists building grassroots awareness of their issue in Australia and around the Pacific.
The fruit of their initiative is evident in the “West Papua Rent Collective”, an Australian movement of activists pledging money to pay the rent for the office.
The Federal Republic of West Papua’s government, declared at the Third Papuan People’s Congress in Jayapura, West Papua, in October 2011, is primarily driven by young West Papuans in Melbourne who liaise internationally on behalf of the government and follow the motto of “learning by doing”.
This motto is the strength of the movement: as Foreign Minister Jacob Rumbiak explained in his opening address, West Papuans are already sovereign as a nation and have declared independence as a state.
West Papua cannot wait indefinitely for the United Nations to recognise their legitimacy and so have decided to forge ahead regardless, hoping to gain recognition of their self-declared status as they govern.