1) Security Presidential Election in Nabire and Dogiyai Not There Problem 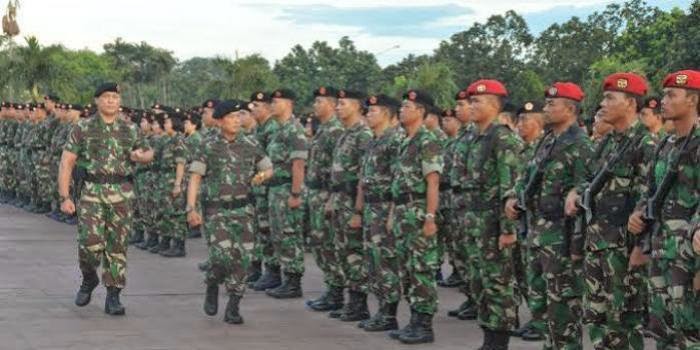 Nabire, STEP MAGAZINE - Nabire police chief, Chief. Tagor Hutapea said securing the voting process in the district and the district Nabire Dogiyai no problem.
He said, it sent down 556 military police personnel assisted by one company for security in the two districts.

"The duty of the police to secure jalannnya election. Indeed there is a potential vulnerability, but in the two regions was not significant. Pileg not the same as yesterday," said Police Chief Nabire, AKBP. Tagor Hutapea when apple departure Dogiyai to police on Monday (07.07.14).

Police also encourage residents in these districts were not to vote. He said, giving it an important voice in the presidential election to determine the future of Indonesia.

In addition, as reported, Commander XVII / Cenderawasih, Maj. Gen. Christian Zebua said it has set up 5,000 reserve soldiers as troops moved at any time to help resolve security problems (. (HI/003/GE/Admin/MS)

2) Indonesian forces in Papua on high alert for poll