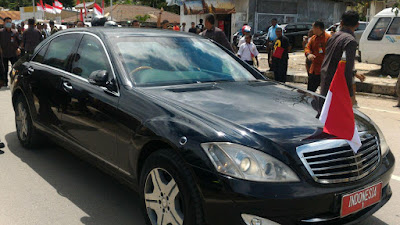 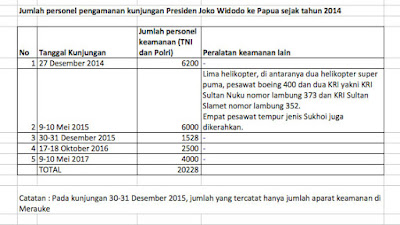 Jayapura, Papua (ANTARA News) - President Joko Widodo visited and inspected the Mama-mama Market on Percetakan Street, Jayapura City, Papua Province, on Wednesday morning.Widodo walked to the market from the hotel where he was staying during his visit to the city.The market, which is about 50 meters from the Aston Jayapura Hotel, was earlier an office and the Damri bus terminal that has now been transformed into a four-storey market.Following his arrival at the market, Widodo immediately received an update from State-Owned Enterprises Minister Rini Soemarno on the development of the market and then inspected the stalls on the first floor and observed the facilities on the second floor.Widodo was accompanied by First Lady Iriana, Social Affairs Minister Khofifah Indar, Minister of Women Empowerment and Child Protection Yohanna Yembise, and Health Minister Nila Moeloek during his hour-long visit to the market.After visiting the market, the president and his entourage headed to the Wamena Airport to observe the 47-km-long Wamena-Habema road project aboard four-wheeled vehicles and later motorcycles.(*)
Posted by AWPA Sydney News at 2:01 AM