Ben Bohane on covering the forgotten wars in Australia’s backyard


Ben Bohane on covering the forgotten wars in Australia’s backyard 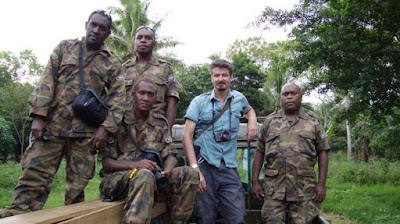 Australian photojournalist Ben Bohane has spent more than two decades documenting conflict and daily life in Australia's backyard ? the Asia -Pacific. Photo: Ben Bohane
Australian photojournalist Ben Bohane has been covering the Asia-Pacific for more than 25 years but is shocked by how the region so close to Australia is so "woefully underreported on".
“It’s Australia’s backyard … Australians are too obsessed with the big sexy stories of Middle East conflict, Trump-istan and European decline instead of important issues in our own backyard … there have been several conflicts going on … Bougainville, Timor and West Papua,” Bohane says…………………
http://www.smh.com.au/national/ben-bohane-on-covering-the-forgotten-wars-in-australias-backyard-20170424-gvr206.html
Posted by AWPA Sydney News at 5:38 PM