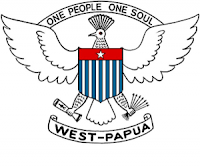 Action Committee REPORT
Arrest of 67 People in Action Supporting Vanuatu and Pacific Countries Bring West Papua Problems to the 73rd General Assembly of the United Nations
On this day, Monday 24 September 2018 arrests of Papuans who are carrying out support actions for Vanuatu and Pacific countries to bring the West Papua issue to the United Nations General Assembly.
Arrests carried out by the Indonesian National Police who were fully armed.
We report the following Arrests that occurred at three different gathering points:

At 08.30 Papuan Time (WP) Mass Action had gathered at the gathering point. While the Police are on standby. At 09.22, Mass Action performed speeches at the venue. Then the police went to the mob. The Field Coordinator negotiates with the police.
At 10.02 WP, the Police Arrested the Mass of Action and took them to the Jayapura Police Station.

At 10.30 WP, students gather on the campus yard while giving speeches.
At 11:45 WP, Indonesian Police entered the USTJ Campus page and Arrested Students. Then the table was taken to the Jayapura Resort Police Station. 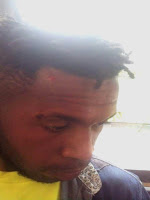 The police beat a student named: Petrus Kosamah, Student of Jayapura Science and Technology University (USTJ), Semester III, Civil Engineering Department. The beating was carried out on the USTJ Campus page using a rattan in the right eye.

Full report at
https://www.ulmwp.org/arrest-of-67-people-after-peaceful-actions-supporting-vanuatu-at-the-73rd-general-assembly-of-the-united-nations
---------------------------
https://en.antaranews.com/news/118873/us-ambassador-learns-so-much-from-people-in-timika
2) US ambassador learns so much from people in Timika
Reporter: Antara  3 hours ago
Timika, Papua (ANTARA News) - The United States Ambassador to Indonesia, Joseph R. Donovan Jr., has stated that he learned a lot through the conditions he encountered in Timika and Tembagapura sub-districts during his working visit to Mimika District, Papua Province, from September 21-24, he said here on Monday.During his four-day visit, Donovan met the Amungme and Kamoro community leaders. They are two tribes in Papua, which own the customary rights of lands in Timika.He also met officials from the Indonesian Armed Forced (TNI) and the National Police.In addition, Donovan also visited several places, namely, a reclamation center of PT, Freeport Indonesia at mile 21 and the Freeport employee training center in Kuala Kencana.The ambassador also met the Freeport Indonesia employees from the United States in Tembagapura and visited Mitra Masyarakat Hospital owned by Amungme and Kamoro People`s Development Institutions."I witnessed PT Freeport Indonesia`s operations directly in Timika and Tembagapura sub-districts along with their complexity," Donovan said.When meeting US Freeport employees in Tembagapura on Sunday (September 23), Donovan said Americans appreciated their interaction with the Indonesian people, especially with the indigenous Papuans who worked with them at Freeport.According to the US workers, Papuan people really respect and appreciate foreigners.Donovan said such conditions could be found across all American companies operating in Indonesia, where American workers have a close relationship with the local people. The social relationship is established through various activities such as training and education programs."For example, in Tembagapura, Freeport provides 10 thousand scholarships for Papuan students to continue their studies in Indonesia and other countries," he said.Reporting by Jeremias RahadatEditing by Libertina
-------------------------------------------
https://www.thenational.com.pg/saonu-welcomes-talks-on-economic-ties-with-papua/
3) Saonu welcomes talks on economic ties with Papua
By EREBIRI ZURENUOC