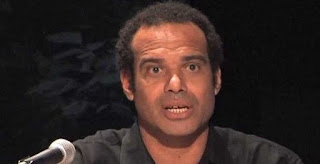 By Makereta Komai, PACNEWS Editor in Nauru
YAREN, 05 SEPTEMBER 2018 (PACNEWS) – The government of Vanuatu is pursuing bilateral discussions with Leaders of the Pacific Islands Forum in Nauru this week to seek their support for its proposed resolution to the United Nations General Assembly (UNGA) to relist West Papua on the UN Decolonisation committee.

Foreign Affairs Minister, Ralph Regenvanu told PACNEWS his government was mindful of the opposition from some member countries.
“They are going to try to block it and we know they are not going to support it. We are simply asking other Pacific states to support that resolution when it comes to the UNGA next year. We are working on putting together that resolution to the UNGA in 2019 and getting a vote of majority support, said Minister Regenvanu.

Despite opposition from Fiji, Papua New Guinea and Australia, the Vanuatu Minister said his government will continue to engage with them in the lead up to the UNGA session next year.
“We continue to talk with them all the time. We respect their positions. We didn’t come to the Forum with the intention to have a resolution because we know we won’t get it.
“All we are doing is bring it to the attention of the members and ask them for their support. As I said earlier, so far there are indications that we will get the support of the majority of Forum members, said Minister Regenvanu.
He said indications from the bilateral meetings conducted so far, show majority of the Pacific Island States at the Pacific Islands Forum will support the resolution.

Apart from the Pacific, the Vanuatu Government has also started its campaign for support in other regions of the world.
“The Pacific will represent some of the votes but most of the votes will come from outside the region so we are working on all fronts to try and get those votes secured.
“There are signs of support from the African, Caribbean and Pacific (ACP) group. We had a series of bilateral at Lome earlier this year. It’s now on the agenda of the ACP political sub-committee to discuss and hopefully come up with a resolution of the ACP in December this year – at the Council of Ministers meeting. We’re also on the agenda of the Caricom Foreign Affairs Minister meeting and the African Union Summit. We are now approaching Latin American States and the European Union.
At the same time, Vanuatu has also put its name up to be on the UN Decolonisation Committee in the next round of voting.
On the new security arrangement for the region through the Biketawa Plus, Vanuatu strongly support the assertion by the Forum Island countries that climate change is the greatest threat to the livelihood, security and well-being of the peoples of the Pacific.
“The Pacific has consistently said that climate change is the single greatest threat to the existence of our countries and that statement will be reaffirmed in the Biketawa Plus Declaration coming out of Nauru.
“If it is the single greatest threat to our security, then any concerns about security must be addressed and taken into account by our partners as our main concern and addressed accordingly, he said.
He revealed that certain Forum members have attempted to water-down some language in the security declaration.

“There have been some attempt by certain of our members to do that but luckily that phrasing comes directly from the 2015 Leaders communique. You can’t change the wording without changing what the Leaders agreed to, said Minister Regenvanu.
The Biketawa Plus Declaration endorsed by Foreign Affairs Ministers in Samoa last month recognised human security, humanitarian assistance and environmental security in building resilience and disasters and climate change.

The declaration also respects and assert the sovereign rights of every member to conduct its national affairs free of external interference and coercion the principle of non-interference in the domestic affairs of members….

By Godwin Ligo 23 hrs ago
“It is high time for the international community and the United Nations (UN) to call on Indonesia to stop mass killings of innocent West Papuan Melanesians. It is an unthinkable and inhumane act by Indonesia to continue the genocide practices it is carrying out on indigenous Melanesians in West Papua. It must be stopped.”
Shem Rarua, President of the Oceania Decolonization Committee (ODC) is appealing to the international community and the UN to do something urgently.
He said in 2009, the Papua National Leadership, appointed a Committee that came to be known as Oceania Decolonization Committee, based in Port Vila, to address the issues of West Papua and the desire of the West Papuan Melanesians for the right to freedom through political independence.

The Oceania Committee on Decolonization is a non-Government Organization that enshrines Christian Principles and also promotes culture and traditional values of the Peoples of Oceania.
The President of ODC said the issue of West Papua and the cry of the indigenous Melanesians to be freed from the Indonesian military occupation and genocide activities has reached the state where the international community and the UN need to put the end of the genocide first, then move to the next platform to dialogue for political freedom for the West Papuan Melanesians.
“The history of this ongoing conflict and the role played by the international community in the struggle for self determination and an end to the colonial oppression, environmental destruction, and suffering of the West Papua Melanesians is, most urgent,” he said.
“Agendas on this issue must be brought forth and given highest priority by the international community and the UN.”
He said gross human right violations has becoming too much to bear by any human society in this world.

He went on to state that “while many people and organizations regionally and internationally speak for West Papua before and today, time becomes an essence as to when will there be and end by Indonesia of the brutal killings of human beings inside West Papua by the Jakarta military.
“We need the international community, we need the UN, we need the International Lawyers, we need the International Criminal Court, to collectively act now and not wait for another time or everyone wait to see the entire population of West Papua totally wiped out by the Indonesia military.”
He congratulates the Government and the Minister of Foreign Affairs for Vanuatu’s unwavering stand on West Papua struggle for political freedom to the UN Committee on de-colonization in 2019 and pledges ODC support at this level.

TEMPO.CO, Jakarta - Papua Governor Lukas Enembe ensures three millions of the Papuans will vote for the incumbent Presidential Candidate Joko Widodo (Jokowi) in the 2019 presidential election.
“There is no doubt that three million people will vote for Jokowi,” Lukas said at the State Palace, Jakarta, Wednesday, September 5.
Lukas said that only Jokowi who understood the problems in Papua. “Whoever the presidents, they will not change Papua, Jokowi understands Papua better than previous presidents,” he said.