To KNPBnews, Suhuniap Ones released a call addressed to all struggle organization, Student Organization, Society, Church, Indigenous, NGO, and including civil servants, military / police people who are above the territory of Papua West Papu order to join the successful boycott agenda for West Papua in conditions threatened.

"Coming Presidential Election boycott Indonesia on July 9, 2014 in a manner that is peaceful, dignified and democratic manner not use their voting rights to be involved in the voting at the polling station," wrote the dreadlocked man.

In the Indonesian presidential election boycott, the upcoming July 9, 2014, according to Suhuniap, KNPB menyeruhkan not to use in a violent manner, but in a dignified manner, ie with high menunjung democratic values ​​and human rights for the people of West Papua does not give right to vote in presidential elections Homeland .

That's because the West Papuan People's Democratic Party will hold a Self-Determination for the people of West Papua nation [Self Determination] through a referendum, according Principles - Principles of International Law, Standard - Standard for Human Rights and the UN Charter be used as an absolute solution.

As with previous calls KNPB, Ones say to the people of West Papua that the participation of the people in the next presidential election will only give legitimacy to the country being invaded.

"The people of West Papua join participates in the Presidential election July 9, 2014 then, indirectly giving legitimacy to Indonesia for colonization and penindasanya in West Papua. Remember the 5 minutes you are in the polling stations to vote will acknowledge the existence of Indonesia in West Papua over the next 5 years, "said Ones.

2) PAPUA GOVERNOR WARNS FREEPORT NOT TO PLAY DOWN GOVERNMENT REQUEST 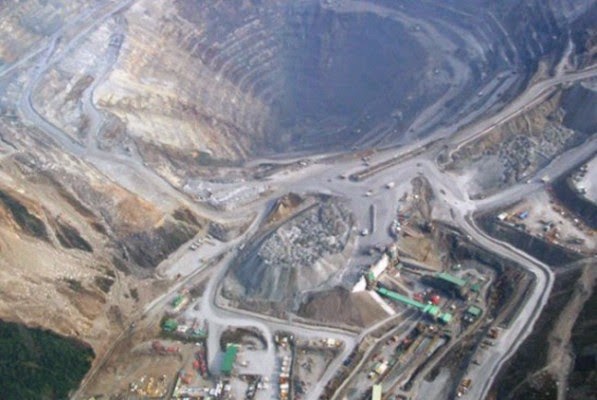 4) BENNY GIAY: CHURCH HAS BEEN DEFEATED

tabloidjubi.com Jun 16th, 2014
Jayapura, 15/6 (Jubi)  – The Church has been defeated and the power of God has been denied, said the Chairman of the Evangelist Synod Rev. Benny Giay in the 27th anniversary of the Walter Post Theology College (STT WP) on Friday (13/6) in Jayapura.
Speaking at the celebration under the theme “Participation of the Walter Post Theology College to portray the new evangelistic messages,” he spotlighted how drugs, domestic violence and alcohol are increasingly dominating people’s lives today.
“Therefore I ask this institution as well as the ministers to be actively involved,” he said.
He also invited the ministers to reach the people and become their friends in confronting the obstacles. He also asked all parties to give the broadest opportunity to women to taking an active role inside the Church.
“Because the Church should also lead to end the oppression towards the women, because as human being we are all the same.
Rev. Markus Iyai told to reporters as the appointed Officer-in-Charge for the Chairman of STT WP since 2012, he thought it’s important to memorize the history of the STT WP. Therefore he decided to celebrate its anniversary. Last year was the first time, and now is the second. Earlier it never been celebrated.
“As the Chairman, I do my efforts to complete the facilities, including keep working to get the accreditation,” he said. Further, he asked the entire academic community in particular the alumni and students to continue working on gospel revelation in the entire land of Papua.(Jubi/Aprila/rom)
------------------------------------------------------------------------------

The United states ambassador to Indonesia has completed a visit of the Papua region where he has welcomed an improved performance on human rights by security forces.

The Jakarta Post reports that during Ambassador Robert Blake Jr's six-day visit, he met with local leaders, businesses, civil society and students to advance cooperation and partnership with the US.
Last year, the US invested 10 million US dollars in Papua and West Papua provinces in health, education, good governance, forest conservation and climate change programmes.
Mr Blake says he discussed with senior government, as well as religious, tribal, police and military personnel, the importance of respecting universal rights to freedom of expression and assembly.
He says they also discussed benefits that would come from increasing access for international journalists to visit Papua.
Following his talks with the province's military commander and police chief, the ambassador praised an improved rights adherence by security forces and emphasised the need for sustained progress on the issue.
---------------------------------------------
Posted by AWPA Sydney News at 1:25 PM