Freedom of expression and Assembly in West Papua, Indonesia

Freedom of expression and Assembly in West Papua, Indonesia 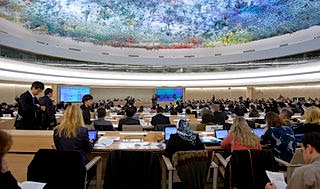 We, the International Coalition for Papua would like to draw the Council’s attention to the deterioration of freedom of expression and peaceful assembly in Papua, Indonesia. The area remains restricted to international human rights observers, foreign journalists and researchers. In 2013, the number of political arrests more than doubled, the number of reported cases of torture and ill treatment of detainees quadrupled, and the number of cases involving the denial of access to lawyers and unfair trials doubled during the previous year.
The rise is due to an increase in widespread and coordinated peaceful political activity in West Papua, which has triggered a repressive police response, representing a consistent and severe attack on the right to peaceful assembly. In 2013, there were at least 19 cases of arrests aimed at preventing, dispersing or punishing peaceful demonstrations. The data shows a rise in the frequency of mass arrests.
The possession of the Papuan Morning Star flag, a symbol of Papuan identity, was increasingly used as a reason for arrest and intimidation. Recent data also indicates that charges under Emergency Law 12/1951, which punishes the possession of sharp weapons, firearms and ammunition, are sometimes added to charges of treason to secure convictions against indigenous political activists in the absence of any credible evidence.
On 2 April 2014, two university students, Alfares Kapisa and Yali Wenda were arrested and tortured by police while calling for the release of political prisoners and the opening of democratic space in Papua during a peaceful demonstration. They were beaten, electrocuted, trampled on and denied adequate medical treatment. Police also taunted the indigenous demonstrators with racist abuse, calling them “monkeys.”
At the end of May 2014, there were at least 79 political prisoners in Papuan jails . In 2013 there were at least 42 reported cases of intimidation of detainees. The treatment of political detainees in Papua remains of serious concern, including denial of food , negligence of the duty to provide healthcare, and intimidation of the families of detainees, including a reported assassination attempt.
Local journalists confront immediate risks of arrest, threats and intimidation. According to the Indonesian Alliance of Independent Journalists (Aliansi Jurnalis Independen, AJI) in Jayapura, in 2013, there were 20 cases of violence and intimidation against journalists in Papua, an increase from 12 reported cases in 2012.
We recommend that the Indonesian government should:
1. Finalise the amendment of the Indonesian Criminal Code so that it complies with all human rights treaties, particularly criminalization and prohibition of torture and the annulment of Articles 106 and 110.2. Review its policing policies in Papua and its training of security forces personnel to ensure that the rights to freedom of expression and peaceful assembly and the right not to be tortured and ill-treated are fully respected.3. Order the unconditional release of West Papuan political prisoners as part of a comprehensive policy to end the punishment of free expression.4. Fulfil its commitment to receive a visit from the Special Rapporteur on Freedom of Expression and facilitate free access to Papua.