Indonesia is to co-lead the multi-national group of observers which will monitor Fiji's general election in September.
Fiji's prime minister made the announcement as he welcomed the Indonesian president, Susilo Bambang Yudhoyono, to the Pacific Islands Development Forum in Nadi today.
Rear Admiral Bainimarama thanked the president for participating in what he describes as an historic initiative in embarking on genuine democracy.
He praised Indonesia as the region's most influential country on the world stage and said President Yudhoyono had made a singular achievement in presiding over the development of genuine democracy in Indonesia.
The prime minister said the president was uniquely qualified to steer discussions at the second meeting of the Forum, which was set up by Fiji as an alternative to the Pacific Islands Forum from which Fiji is suspended.
Also attending the PIDF are the presidents of Kiribati and Nauru, the vice presidents of the Federated States of Micronesia and the Marshall Islands and the Prime Minister of Tonga.

3) PNG tourist visits decline due to closure of border

Jayapura, Papua (ANTARA News) - The number of tourists from Papua New Guinea, PNG, visiting Jayapura is reported to have decreased after the border was closed by the local authorities following a shooting incident by unknown gunmen.Jayapura immigration Chief Gardu Tampubolon said that the tourists from PNG have to use the sea route after the land border was temporary closed. "Sea transportation is more expensive than land transportation. Also, the travel time is longer, especially during high tides," said Tampubolon. PNGs tourists who wish to visit Jayapura from Venimo, Sandaun, PNG, must endure a travel time of about two to four hours, depending on the condition of the sea. In addition, the tourists are not allowed to carry heavy luggage, which is possible when travelling on land.Based on such considerations, PNG tourist visits using cross-border pass or passport have declined, Tampubolon added. Following the closure of the Indonesia-PNG border, all immigration services have now been shifted to Hamadi, Jayapura. The number of visitors from PNG had usually been recorded up to 200 people in Jayapura during the market days of Tuesday, Thursday, and Saturday.(Uu.A050/INE/KR-BSR/A014)
Editor: Priyambodo RH 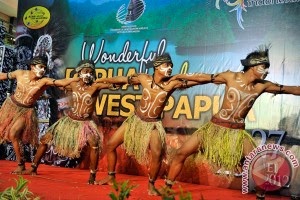