1) I Know Nothing About The Hostages : Jeffry Pagawak

1) I Know Nothing About The Hostages : Jeffry Pagawak

POSTED BY: ADMIN SEPTEMBER 16, 2015
Jayapura, Jubi – The Indonesian military has accused a Papuan rebel group led by Jeffry Pagawak of taking hostage two Indonesian citizens in Papua New Guinea.
“They are members of Papua Free Movement from Papua separatist movement group under Jeffry Pagawak, “ Military Information Chief Major General Endang Sodik told reporters in Jakarta, Monday (14/09/2015).
Meanwhile, Pagawak rejected the allegations, on Tuesday (15/09/2015), saying he has moved to Port Moresby for two years and a half to consolidate the struggle of West Papua diplomacy in Pacific Islands Forum, which just ended last week.“I do not know about the hostages. I am not a member of the West Papua Liberation Movement (TPN-OPM). I have worked in Port Moresby since the first time I’ve moved in Papua New Guinea to promote the human right violations in West Papua and do lobbying in PIF. Now we struggle through lobby and advocacy. We are now fighting in peace,” Pagawak said by phone.
He suspected the hostage-taking news which stated his name as responsible person behind the hostage of Sudirman (28 years old) and Badar (30 years old) on Wednesday last week was connecting with the West Papuans achievement in PIF last week. He admitted his participation in the civil society meeting with the PIF leaders and encourages the deployment of investigation team of Pacific countries to West Papua.“The goal is to ruin the credibility of our struggle achieved in PIF. Those media were also telling wrong information by saying KNPB was involved in Bloody Abepura incident in 2006, for example. In fact KNPB was established in 2008,” said Pagawak.
The Papua Police Chief Inspector General Paulus Waterpauw told to reporters in Jayapura on Monday (14/09/2015) that the information on two hostages is still not clear. There’s information about two citizens were taken hostages by the rebel group under Jeffy Pagawak, but the Papua Police is not able to confirm whether they were taken hostages by certain group because there is no data and finding fact,” Waterpauw said.
Jeffry Pagawak, with other Papuan activists, has been named in the wanted list after the Bloody Abepura Tragedy that killed four police officers. Along with Hans Gebze, Arnold Omba and Henny Lani, he was accused as person in charge over the peace protest ended with chaos. Since being listed, Jeffrey Pagawak left Papua to live in Papua New Guinea. (Victor Mambor/rom)
————————————————————
http://jakartaglobe.beritasatu.com/news/wanted-rebel-leader-denies-role-papua-kidnapping-case/
2) Wanted Rebel Leader Denies Role in Papua Kidnapping Case
By : Robert Isidorus, Banjir Ambarita & Ezra Sihite | on 22:15 PM September 16, 2015

Jayapura/Jakarta. The rebel leader accused of kidnapping two Indonesian loggers and fleeing with them across the border to Papua New Guinea has denied any involvement in the incident, hinting he was being framed by the armed forces.
Jefry Pagawak, said to be a local commander of the Free Papua Organization (OPM) and wanted by the authorities since 2006, said on Wednesday that he had nothing to do with the group that attacked a group of loggers in Papua’s Keerom district, on the border with Papua New Guinea, on Sept. 9, killing one person and abducting two.
“I’m trying to find out who’s behind this attempt to tarnish my name by carrying out this shooting and kidnapping,” Jefry told the Jakarta Globe by phone.
“You’ll have to ask the police and the military about that, because I wasn’t there and I’m not part of that group,” he added, saying he would never carry out such an attack “because then I wouldn’t be safe.”
Police alleged that Jefry’s wing of the OPM is responsible for the attack and kidnapping, and that the rebel leader has a history of targeting civilians.
Last week’s incident occurred in Keerom’s Skopro village, a three-hour hike through thick jungle to the village of Skouwciouw in Papua New Guinea. The attackers fired on the group of loggers, killing one who was alter identified by police as simply Kuba. They then took two others hostage, identified as Badar, 30, and Sudirman, 28, and fled across the border.
The Indonesian authorities claim that the kidnappers have demanded the release of Papuan separatist prisoners in exchange for the hostages, but the Globe has been unable to confirm this.
An Indonesian consular official in Vanimo, Papua New Guinea, said the PNG military was on the trail of the kidnappers but that there had been no progress yet in securing the hostages’ freedom through negotiations or through use of force.
Officials in Jakarta have made clear that they will not give in to any demands the kidnappers have made or plan to make, and that they have full faith in the PNG military being able to secure the men’s release.
“We’ve left it entirely up to the PNG government on how to deal with this incident, because the PNG government is a friend of ours and the prime minister has given this matter special attention,” Luhut B. Panjaitan, Indonesia’s chief security minister, said on Wednesday.
As for the kidnappers, he said Jakarta “will not negotiate with them on any point. Once we start negotiating, they’re going to start dictating terms.”
————————————————————— 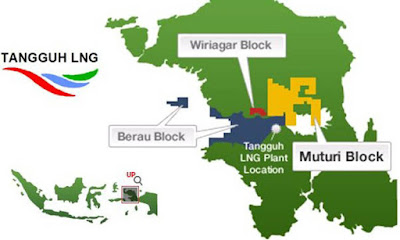