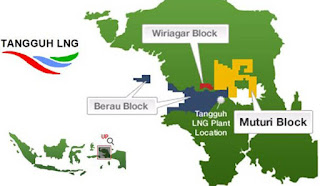 Jayapura, Jubi – Papua Legislators sharply disagreed over the draft revision of the Law on Mineral and Coal Mining (Mining Law) which provides for all mining permits to be issued only by the central government.
A member of the Papua Legislative Council of Commission IV on Mining, Thomas Sondegau, urged Jakarta to stop dominating and taking all benefits from local wealth.
There must be a policy that gives provincial governments to also have the right to issue mining rights in the region.“The draft revision of the Mining Act should also give benefit to the local government, especially in issuing permits and sharing. For Papua, we want Papua province also gets benefits and it could be 80 percent profit sharing for Papua, “ he said on Monday (28/09/2015).
According to him, in Papua there is Special Autonomy Law, so there needs to be more powers for the Papua provincial government in issuing mining permits.“Give local government the authority. It is not true and we do not agree that a permit mining will only be issued by the central government. Natural resources are in Papua and why only the central government must issuing a permit? “he questioned.
Ministry of Energy and Mineral Resources (ESDM) began drafting Revised Law on Mineral and Coal Mining (Mining Law). Not only initiative of the Parliament, the Ministry of Energy and Mineral Resources will also provide inputs to the Draft Mining in point by point.
Head of the Legal Department of the Ministry of Energy, Susyanto said, although draft Mining is an initiative of the House. However, the Ministry of Energy and Mineral Resources also will prepare the draft.“It is being drafted and discussed point by point. We use team independent to assess those points, “said Susyanto last week.
He said, the important point is to change the Act 23 of 2014 mining permits in each region because colliding with the current Law Mining.
In Law 23/2014 regulated, licensing Mining Permit (IUP) carried out by the Provincial Government. While the Mining Law could grant permission through the county. (Arjuna Pademme/ Tina)
————————————————————-
http://www.antaranews.com/en/news/100727/government-seeking-right-way-to-settle-human-rights-cases

Jakarta (ANTARA News) - The government is seeking the right way to settle past cases of human rights violations by gathering inputs from several sources and organizations involved in the advocacy of human rights, a minister stated here, Wednesday."It is still being processed (together with) Komnas Ham (National Commission on Human Rights), and we are also asking for views from our colleagues in Kontras (Commission for Missing Persons and Victims of Violence). All stakeholders in the country must sit down to settle them. So, there is nothing to hide here," Yasona Laoly, the justice and human rights minister, stated at the presidential palace complex.He noted that human rights cases to be settled would not only be the ones related to the 1965 coup attempt but also those related to the Trisakti, Semanggi, and other incidents."The process is ongoing. These are very big cases --- Trisakti, Semanggi, forced elimination of individuals, the 1965 incident --- all of them must be settled in the right way," he pointed out. "We are still seeking the right way. We certainly do not want to continue carrying the burdens of the past. We wish to make peace with the past, and so, we must also make peace with ourselves. We are a great nation. We must not continue to carry the burdens of the past," stated Coordinating Minister for Political, Security and Legal Affairs Luhut Pandjaitan while seconding Minister Laolys views.  He affirmed that the government continued to seek the right way to settle all the cases."What will be the right way? We must be clear first. However, there will never be, I repeat, there will never be a term, like the one spreading outside, that the government would tender an apology to the PKI (former communist party). There will be no such thing, and we have never thought about it. I am involved in the reconciliation process. I can ensure you there is nothing like that. We are still seeking the right way, the right wording, for the settlement of eight big cases as there were victims from both sides. There cannot be victims on only one side," he added.(*)
——————————————————
Posted by AWPA Sydney News at 2:28 PM