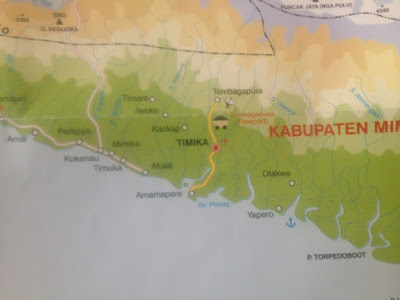 AWPA condemns the shooting of two high school students in Timika on Monday the 28 September by the Indonesian security forces. The incident occurred around 19.30hrs.

Caleb Bagau aged  18 died while his friend Efrando Sabarofek  aged 17 was wounded in the chest and legs. He is receiving treatment at the General Hospital in Mimika, Papua. The family, local community and religious leaders have condemned the shootings.

At approximately 19.00hrs while the students were sitting in a market culvert with their school friends,  dozens of police officers armed with weapons and cars surrounded  the area.

Because they were afraid the two students ran however the police shot in their direction killing Caleb Bagau and wounding  Elfrando  who was shot  in the chest and leg.

One report said the reason the police arrived was that it was because  the students were reported for making a noise. Another report indicated  they were pursued by the police  because their fathers are reported to be members of  the OPM.

The police chief apologised and  admitted the incident but tried to claim the shooting was in self-defense.
The Families of the students  rejected the apology from the Chief of Police Papua, Inspector General (Pol) Paul Waterpauw. 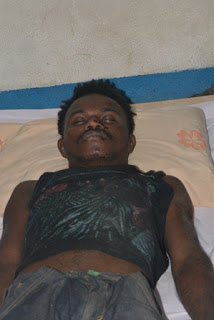 Photos below  and a report in bahasa at


Crowds gathered in Timika (monitored by the security forces) to protest the shooting of two high school students. 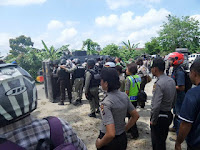 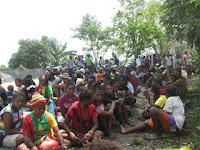 Posted by AWPA Sydney News at 1:02 AM